1. East Of Eden by John Steinbeck

“Now that you don’t have to be perfect, you can be good.”

When I read this book years ago, it reminded me of aayat 35 in Surah An-Nur, since the overarching message of this book is that good exists in the heart of every person. Sure, we fight, a lot, and do horrible things here and there. But if that’s all we are, we would’ve been wiped out from the face of the Earth ages ago.

This book has some of Steinbeck’s most memorable characters. And there are a lot of other precious lessons in this book (It’s a long story, and also considered as Steinbeck’s masterpiece, by the way). One of them being this : Are you actually “in love” or are you just infatuated with an image you’ve built of a person? Sadly, the latter is often the answer. Your fluctuating emotions often blind you to a point where you see qualities in the other person that he or she doesn’t even possess. As Steinbeck wrote, “There is more beauty in truth, even if it is dreadful beauty.”

Every once in a while comes a book that I could be so engaged in that I just couldn’t put it down. This book is a great example. The author shares his experiences of studying abroad without a scholarship, because it was painfully the best thing for him to do, even though he only came from a moderate family. Already exhausting himself as an architecture student, he had to work part-time jobs to pay the rent, among many other challenges. Yet he managed to march on until the very end. It’s a story of friendship, faith, and persistence. If you were in a difficult situation such as his, it would be too easy to compare yourself to another person with better privileges. But he chose not to. Instead he was grateful for the little things he had. He kept praying and did what he loved to do. And everything slowly got better.

3. Johnny Got His Gun by Dalton Trumbo

“Darkness imprisoning me, all that I see, absolute horror. I cannot live. I cannot die. Trapped in myself, body my holding cell.”

I was probably 12 or 13, goofing around in a Metallica T-shirt when I first read this novel, only because I knew that their song One was written based on it. It was a decision I never came to regret nevertheless. The book still affects me today; mental images and cries for help still linger in my mind. Set in World War One, it tells a story of a horrendously injured soldier who lost pretty much everything, except for a faceless head and a small part of his torso, making him a prisoner in his own body. Going back and forth in the character’s memories and imaginations, this book will make you reconsider, for real, is all that worth fighting for?

4. On The Shortness Of Life by Seneca

“Life is long if you know how to use it.”

On the Shortness of Life is a small compilation of letters (which are more like essays,really) by the Roman philosopher Seneca. If the word philosophy makes you yawn like a hippo, this book will not do that. That’s a promise. This book isn’t actually long, it’s pretty thin. But it’s a slow read — it’s packed with wisdom, a whole lot of quotables and lessons of immediate practicality. Better yet, as you read on, the writing itself makes you feel as if he was spying on you centuries before you were born.

He knew what you’re doing with your life — wasting away with worries and endless preoccupations, losing sight of what actually matters in the end. Read it.

5. On The Road by Jack Kerouac

“I was having a wonderful time and the whole world opened up before me because I had no dreams.”

Here’s a book (and an author) that I recently got obsessed with. A documentation of Kerouac’s 7 year adventure back and forth across the United States, On The Road is breathable, as it is autobiographical, with only the names changed. Reading a page of this book is like reading a page of life itself — at times it’s beautiful, inspiring, and funny, other times it’s sad, at times it’s ugly. In his honest words, Kerouac tells his struggle to find meaning in his own life, to find something larger than himself. His story also evokes a hunger for fresh new experiences, and a thirst for life — to enjoy being in the moment and live in the present.

6. Jimi Hendrix : The Man, The Magic, The Truth by Sharon Lawrence 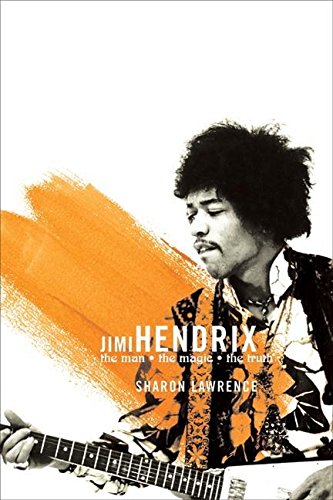 “He so needed to be treated as a human being and not a star.”

This book is more of a memoir than a biography of Hendrix’s rise to glory, and his unfortunate fall, told from a friend’s perspective. There are probably a lot of other books on Jimi Hendrix, but this one does a good job encapturing Hendrix as a person. Hendrix had a unique mastery of the guitar, and onstage, he was a rare phenomenon. But behind that stage personality he was socially timid, even naive of the world he lived in. He believed that if he were great at what he did, he would be treated well. Sadly, the world doesn’t work that way. He was taken advantage of many times, and decades after his death, lawyers were still fighting over him. He was a great man devoured by the corporate world and even relatives that treated him like a money machine. That could be us, if we don’t equip ourselves with a sense of realism. If we can’t get outside of our heads and stop seeing the world only through our lens  — believing only what we want to believe.

7. The Sound And The Fury by William Faulkner

“I give you the mausoleum of all hope and desire…I give it to you not that you may remember time, but that you forget it every now and then for a moment and not spend all your breath trying to conquer it.”

This is more like an extra. If you’re looking to busy yourself with a long, long read, then try out this book. Faulkner is known for his difficult books. Why? — Because his books aren’t fun to read. They’re not a beach read and they’re just like poetry — you take up a few pieces while you can and you let them cook up in your head. Often times you’d have to read a Faulkner book at least twice before you get the gist of it. You need to follow where the book takes you, instead of cruising in with an idea of what you want to look for. Because chances are, you won’t find it. But it will be a rewarding experience. So what did I learn from this book?  —  Nah, why spoil the fun.