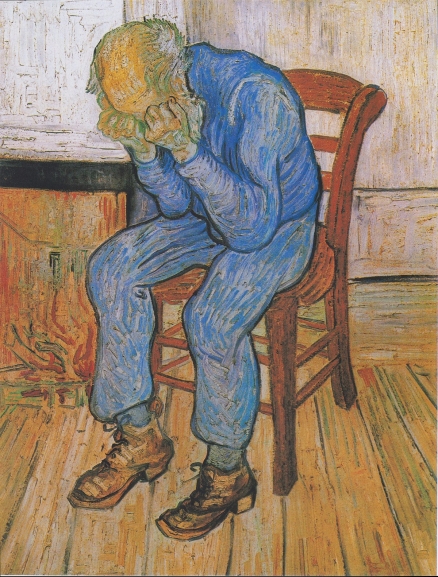 “All of humanity’s problems stem from man’s inability to sit quietly in a room alone.”

It’s kind of scary when you really think of it. A lot of us, especially today, don’t really have a craft or a sort of hobby in our lives. Other than the ones we lie about when we are asked, we don’t have anything that we actually do. It’s more serious than you think.

When boredom kicks in, we have nothing to do. That’s when destructive thoughts start creeping in — And what follows are depression, and loneliness. In the finest sense of the proverb, an idle mind really is the devil’s workshop. Very often the easiest way out is to spend an enormous chunk of our time watching TV, going online, hanging out in social media. We only end up feeling worse, if not the same.

It sounds counter-intuitive at first, but in which state do we feel our best? — Work or rest? The answer, my friend, is the former. We obviously need rest and leisure, but only as a means of regaining energy, not as an end in themselves.

Your world is a product of what you focus on. If all you spend time on are the “shallow” things — Unimportant, meaningless things, whatever’s messed up about the Kardashians in their show, endless entertainment, toxic tweets from your cranky, negative-thinking friends on Twitter — Your mind will tend to focus on what’s wrong with your life instead of what’s right. You will be emptily dreaming of the uncertain future, yearning for what you don’t have. The desolation you felt before brings even more desolation. When you’re not doing anything, that’s the real work — You have to fight off all the negativity that’s around in your life. 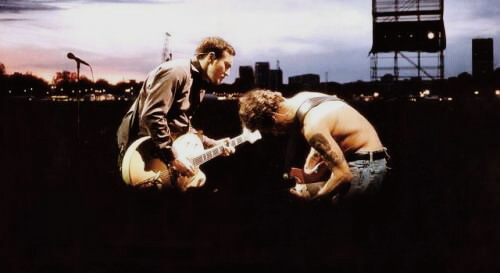 “Blessed is he who has found his work; let him ask no other blessedness.”

Happiness and fulfilment can’t be achieved in a material sense. You’ve probably figured that out already at some point in your life. They are instead achieved when it’s less about what you get, but more about what you give — When you think less of yourself, and more about the meaningful work that you’re dedicating yourself to. Victor Frankl said it best, “Don’t aim at success — the more you aim at it and make it a target, the more you are going to miss it. For success, like happiness, cannot be pursued; it must ensue…as the unintended side-effect of one’s personal dedication to a course greater than oneself.”

Think of the times when you were so engaged in doing something you really love. Or quite similarly, the first time you went to a particular place with a breath-taking scenery, the first time you held a baby in your arms, the first time you could ride a bicycle — For a moment, the sense of time didn’t exist — You weren’t aware of the passing time, an hour felt like a few minutes, you were totally in the moment, and there was nothing better to feel than what you were feeling. Your sense of self dissipated in some way — No petty concerns or worries. Just the experience.

In his book Flow, leading psychologist Mihaly Csikszentmihalyi describes flow as “the state in which people are so involved in an activity that nothing else seems to matter; the experience itself is so enjoyable that people will do it even at great cost, for the sheer sake of doing it.”

Of course, any activity can be frustrating when you’re first learning. But after you’ve familiarized yourself with its musicality, and after you’ve committed yourself to it for a period of time — It becomes something that you need to do. You’ll become more interested in the process and what goes on in your mind when you work rather than the finished outcome. You care more about running, more than you do about reaching the finish line. Even if you weren’t being awarded anything, the run itself is already rewarding for you.

Based on his research, Csikszentmihalyi said, “The key element of an optimal experience is that it is an end in itself. Surgeons speak of their work : ‘It is so enjoyable that I would do it even if I didn’t have to.’ Sailors say : ‘I am spending a lot of money and time on this boat, but it is worth it — nothing quite compares with the feeling I get when I am out sailing.”

Is this to say that other things such as salary and position aren’t important? — Of course not.

“The surgeons who like what they do mention money, prestige, and saving lives as being important to them,” Csikszentmihalyi continued, “But they state that their greatest enthusiasm is for the intrinsic aspects of the job. What makes surgery so special for them is the feeling one gets from the activity itself.”

You see, flow is important not only as a route to fulfilment and joy, but also because it brings the best work out of us. The greatest names across many different fields have reported that the doing is much more important for them. When they enjoyed the process, success followed.

The success of the Red Hot Chili Peppers is largely attributed to their playing music for its own sake, rather than aiming to hit the charts. Guitarist John Frusciante said, “Music of any worth has been done by people who were very interested in the internal process of their soul and mind that’s taking place while they’re writing music.”

And bassist Flea — “I love music so much..That’s my life mission, but mostly, more than anything, the burning intense desire that is inside of me to play music has not diminished the slightest, that has only deepened as time has gone on. When we’re hitting it, when we are really inside the groove, I’m lost, man. And in that moment, I am truly free of everything and I am truly one with everything.”

Take other fields — Here’s what writer John Steinbeck had to say :

“I work because I know it gives me pleasure to work. It is as simple as that and I don’t require any other reasons. I am losing a sense of self to a marked degree and that is a pleasant thing. And since then I have been happier simply to do the work and to take the reward at the end of every day that is given for a day of honest work. I grow less complicated all the time and that is a joy to me.”

“I cannot tell you how happy I am to have taken up drawing again…Though I feel my weakness and my painful dependence in many things, I have recovered my mental balance, and day by day my energy increases.”

“It is not the hearing that improves life, it is the listening.”

So here’s what Csikszentmihalyi formulated in order for us to achieve flow :

– Flow doesn’t just come around. It takes focus — It requires you shutting away distractions, turning off your Wi-fi whenever necessary.

– Attune yourself to the details — Acknowledge that work can be tedious, welcome the tedium — And do the work part by part. That’s the fun thing — When you lose yourself in your work. You obviously must have an idea of what you want the product to be. But the golden key is to enjoy the process. Don’t get too concerned about how it will eventually turn out. It’s in your power to make your work good as it can be; what isn’t in your power is when it’s finally out of your hands to be read, seen, or used by other people.

– It’s by no means crucial for you to set goals — And come on, don’t be so hard on yourself. Be a little more realistic. Work your way up the ladder, take your time, learn what you need to learn depending on where you are now.

– It’s another great thing to set goals for what you want to accomplish from each session. “Writing at 12:00 pm” is no better than “Writing section A of Part 1 at 12:00 pm”. This way your focus and efforts will be directed. It’s also a way to assure your mind that you’re making progress.

– Also, one more important thing — Develop a set of routines. Determine which times of the day are best for the activity you’re after, and generously reward yourself for being consistent in doing that particular activity. Develop also a set of rituals — What do you need to have by your side when you’re at work? — To signal yourself, “Alright I’m ready to work”? — A cup of coffee? A pair of earphones on? Your favorite album playing on the stereo? Whatever it may be, you’ll come to know what works best for you.

“The future will belong not only to the educated man, but to the man who is educated to use his leisure wisely.”

Work doesn’t have to mean something that involves sitting at your desk for long hours. It can mean other activities such as swimming, cycling, or running, if that’s what you like.

It can also mean the “mundane” everyday things — Ironing your clothes, washing dishes, or the job you’re currently in. Flow doesn’t depend on what you do, but rather how you do it.

Just like a lot of other people, I have to take long walks in my campus to get to class, or just to have my meals. But honest to God, I love the long walks — I love the deep thoughts and ideas that I have when I’m walking, and I really enjoy the sight of nature. When a friend offers me a ride to class, I’d just say, “It’s alright, man. I prefer walking.”

Another huge part of me that I feel I can’t live without is writing. And writing is probably the least impressive thing about me. It isn’t always fun. Some days I just don’t write well, and it’s a heinously tedious thing to do — And at times, it’s just plain insane. But it’s something I don’t mind doing — If I could do it all day, I would.

If I started writing at, say, 9 pm, the next thing I know, it’s already 12. And then it’s 3 in the morning. I’d listen to my favorite tracks on repeat when I write as a way to shut myself off from the outside world and even from my own distracting thoughts — I’d refine my ideas on pieces of paper before the real writing starts.

As compared to doing something I hate — Like attending a Chemistry class, as an example — I’m just struggling to get through with it, glancing at my watch every few minutes while I serve the slowest darn hours of my life.

I am not at all a good writer. In fact, I really think I would never be worthy of calling myself a writer. I’m more of a person who writes. Look at me, right now I’m only writing articles here on my site, with a free plan, which explains why you see all these ads.

When ideas come, it’s my responsibility to write them down. I’m only a medium for those ideas to be expressed. It’s a very humbling thing. Because it’s not about me. It’s about the work. It’s something that I’m willing to dedicate myself to as consistently as I can. Because when I don’t, I will feel out of place. Something inside me is missing.

So back to what we talked about early on, find something that you love to do — Find the pain that you love. It may be something you haven’t done for a long time, or something that you always wanted to start doing. Maybe you have an old guitar that you played when you were younger, or a pair of running shoes that you haven’t worn in a while. You’re not entering a club of professionals or anything. Just begin — It will take you to beautiful places. Believe me.