The Power Of The Written Word 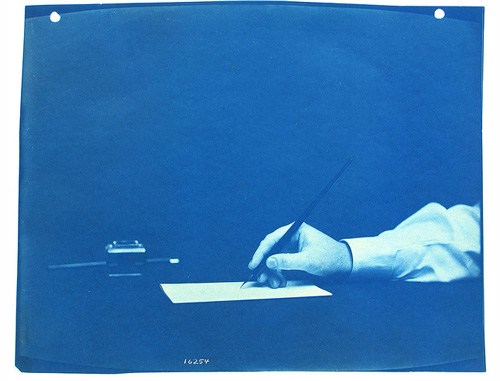 Literature and poetry are as old as speech. They grew out of our need for it, and as humanity advances, they become even more needed.

In the big picture, poetry presents itself in two distinct forms : One is as a critic or an “antennae” of society, as poet Ezra Pound put it — It tells us what we’re doing wrong and where we’re headed to.

The other, as a most loyal companion that accompanies us in undergoing the wear and tear of life. Poetry is the voice that calms us, reminding us that we’re not alone in our struggles, because at times, being human can feel like the loneliest thing in the world.

A poet is not merely a person who plays with words, hangs around in coffeehouses and cafés. In the endless battle against despair and other weaknesses of the heart, a poet’s duty is to write to man’s capacity for greatness of heart and spirit, for courage, compassion and love. If she doesn’t believe in the good of man, she has no membership in literature.

Madeleine L’Engle, who famously wrote the novel A Wrinkle in Time always believed that telling stories is an important way to keep people from falling away from one another and to keep the fabric of civilized life from unraveling.

Her novels, even the ones written for children, are typically set in a doomsday scenario, but they always finish with a happy ending. Her characters never lose hope in the grimmest situations, and are always determined to find meaning out of all the seemingly forlorn tragedies.

She also believed that it’s important to remind her readers of the realities of living nowadays — How TV makes you think that if you buy this or that product, you’ll never have a bad day, which obviously isn’t true, but we get caught up in that trap again and again as we look for ways to be fulfilled.

She said, “In America we no longer value the wisdom of older people. Whereas in so-called primitive tribes, the older people are revered because of the ‘story’ of the tribe. I think as a country, we’re in danger of losing our stories.”

But, but, but, but — Merely knowing about the power of poetry isn’t the same as experiencing it. As Anaïs Nin wrote in her diary, “It is not enough to be told that a poem is good, one must feel it is good without influence.”

Sadly, for many people poetry is still kind of a strange acquired taste. Can’t really blame them, though. A lot of us were exposed to learning poetry as banal school work instead of a beautiful voyage.

Many still don’t get why Shakespeare is so popular, or at the very least, what it means to enjoy a poem.

Reading poetry, as with anything — As with simply enjoying a book for God’s sake, can be learned.

Reading poetry can be a challenge, especially when you’re starting out. But again, as with anything, it will be enjoyable after you get the gist of it, and as you keep on challenging yourself. Give some time and you’ll experience flow — The feeling that you’re in another world, as if time stands still, like there’s nothing but you and the world of the poem.

Everyone has, to some degree, a receptivity towards the beauty of language. Powerful speeches that have changed history, are just an example. Think of World War II, when Britain’s survival was in question. Winston Churchill’s ability to “send the English language into battle” helped to revitalize the spirit of his people when he called them to make this their “finest hour”, or when he orated, “An iron curtain has descended across the continent”.

Adolf Hitler had his way of igniting courage in his soldiers as well, when he justified their cause by saying, “The German people is no warlike nation. It is a soldierly one, which means it does not want a war but does not fear it. It loves peace but it also loves its honor and freedom.”

In his book Creativity, Mihaly Csikszentmihalyi wrote, “Poetry and literature do not achieve that effect by simply presenting information. Their effectiveness rests on formal properties — On the music of the verse, the vividness of the imagery”.

T.S. Eliot could’ve just said “When it’s evening”. But instead he said, “When the evening is spread out against the sky, like a patient etherized upon a table”. Same meanings, but which one is more arousing? Probably the latter. You never would’ve thought about the evening like a patient being anaesthetized on a table.

For the reader, the emotion may not be exactly the same as the poet’s, but there’s a sort of harmonic resonance. Like the strings of an instrument being in tune with one another.

“What is poetry? And why has it been around so long? …When you really feel it, a new part of you happens, or an old part is renewed, with surprise and delight at being what it is.”

In putting down pen to paper, the writer or poet immortalizes the evanescent stream of experience by articulating her emotions and painting lasting images with words. Then by reading her verse or prose, we can savor the images and their meanings — And understand more accurately how we feel and and what we think.

A poet, in her poem, does all she can to build a bridge of understanding between you and her — But she can only meet you halfway. To meet her, to understand her, you’d have to build the other half of the bridge by not just comprehending her tools such as her vocabulary and rhyme, but also by taking inventory of your own imagination, by coloring the poem with your own experiences and emotions.

“The first thing to understand about poetry is that it comes to you from outside you, in books or in words, but that for it to live, something from within you must come to it and meet it and complete it. Your response with your own mind and body and memory and emotions gives a poem its ability to work its magic; if you give to it, it will give to you, and give plenty.

When you read, don’t let the poet write down to you; read up to him. Reach for him from your gut out, and the heart and muscles will come into it, too.”

Reading poetry is a slow boil, really. No one hurries to smell the flowers. There’s no race. It’s when you take the time to really enjoy the rhymes and the vivid imagery, slowly building that bridge of understanding, slowly seeing how one part connects to another, what message the parts carry individually and also as a whole, that the poem might mean something to you.

“Poetry is about slowing down, I think. It’s about reading the same thing again and again, really savoring it, living inside the poem. There’s no rush to find out what happens in a poem. It’s really about feeling one syllable rubbing against one another, one word giving way to another, and sensing the justice of that relationship between one word, the next, the next, the next.”

A Personal Journey With Poetry

As your encounter with poetry deepens, so does your experience in life. You’ll find beauty and meaning in the simplest things. To quote James Dickey again, “You will begin to see things by means of words, and words by means of things. You will come to understand the world as it interacts with words, as it can be recreated by words, by rhythms and by images.”

He also advised that our true beginning with poetry should be simple, that it should bypass all classrooms, all textbooks and examinations and go straight to the things that make our own existence exist. Think of the things that make you alive — The flowing of your blood, the pumping of your heart, the twitching of your muscles. Open yourself wide to the endless possibilities to appreciate the now — Your feelings, no matter gloomy or cheerful — Or the things we easily overlook, like an ice cube melting or a stone sitting still — What’s beautiful about these things? What meaning do they carry for you?

Because that’s what poetry teaches us, to experience beauty, and to find and create meaning out of life, whereas a cynical person would lose herself to despair.

Personally when I read a poem, other than experiencing the poem itself, I’m taken back to a corner classroom in the afternoon, where I took Literature as an additional subject in school. I started reading rather manically the year before that, and my first encounter in really reading and savoring poems were in that classroom, and I owe it all to my teacher. I never knew there was another world of such magnificence that I could live in for some time.

The anti-war poems by Thomas Hardy, Wilfred Owen — How she recited them, how she explained what the poets might have meant, how she got us to share what we thought about those poems, what we thought they could mean — At the end of class I’d only wish that it lasted longer. It was like me not wanting to leave the playground when I was a kid.

So, I was a nerd. I ate little during break time so I could be there earlier than everyone else. I did my homework like it wasn’t homework, but personal assignments. I had never felt that kind of love for a subject before.

Unfortunately a couple of months later I’d moved to boarding school, which didn’t offer that particular additional subject. Though the classes had ended there, the lessons, and every fragment of imagination I experienced in that classroom still remains fresh in my mind.

I do believe that songwriters could be poets as well. After all, my bicycle rides in the evening would feel empty without Tom Petty’s songs pulsating in my ears. The warmth of the evening sun, accompanied by the gentle acoustics in his Wildflowers album create moments that are worth reliving. When he sings,

Or when he calls,

I’d always cycle feeling stronger, breathing a greater passion for living as I put my trouble and worries behind. I learned that Petty was going through a devastating divorce when he wrote the album. It was there in his voice, nakedly reflective of his mental state, desperate to be understood, desperate to be echoed to someone who hears his own story in it.

He was gaining strength for himself, and I get stronger from that. These kind of songs aren’t written when you’re stepping back, trying to see the big picture. They’re written when you’re in the middle of experiencing the hard jabs of life — Unraveling, talking to yourself, looking for a friend.