The Lord of the Rings by J.R.R. Tolkien

Whether in books or movies, one genre I never thought I would touch is fantasy (probably due to silly impressions I held on to). That changed when my housemates pulled me along to watch “The Return of The King”, the final part of the LOTR movie trilogy, on New Year’s Eve. Frankly, I only came for the pizza. But I stayed for the incredible four-hour hair-raising movie. It quickly become one of my favorite movies, along with the two previous parts, “The Fellowship of the Ring” and “The Two Towers”. Not long after that, I found free copies of the entire novel set at a neighborhood open library, and I was hooked on every page, to say the least. Anyway, the point is, I guess you never stop learning new things about yourself. And of course, The Lord of The Rings is simply a great story. It’s an amazingly fun world to lose yourself in. While Tolkien probably wouldn’t have wanted his readers to overanalyze his work, as he once wrote that he preferred “applicability” over “analogy”, I still found in the story several inspiring life lessons, especially on courage and faith.

While modern society still rewards specialization, David Epstein argues in “Range” that real breakthroughs could be credited to the generalists, and that the future belongs to them — People who are good at more than one thing. Dilettantes often get a bad name in the specialized world, because they dip from one interest to another instead of digging deep into only one domain. But in this book, you’ll realize that doing the former doesn’t only prevent you from burning out, or from developing tunnel vision. It leads to the generating of genuine new ideas as you make connections and relate your knowledge from one domain to that in another. An overwhelming majority of the most successful people we know are generalists, too — Albert Einstein with his love for music and physics, Benjamin Franklin who was a writer, scientist, inventor and politician, Bruce Dickinson who is the singer of Iron Maiden, and also an airline pilot as well as a novelist — Just to name a few. 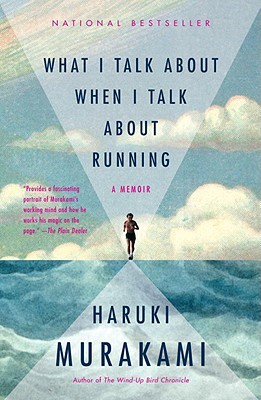 “Pain is inevitable, suffering is optional,” as Murakami would repeat to himself as he ran. There are endless parables that could be made between running and writing, and the fact that Murakami dedicated an entire memoir to this, is treasure. Like running, writing could feel like a long slog, filled with pain and exhaustion. That pain could only feel worse when you look into the distance, and think of how far you’ve still got. But you can choose to only focus on the present moment, on one step, or one word after the other, and enjoy it. It won’t be too long until it becomes something you can’t imagine yourself living without. And like writing, some days you just don’t feel like running. This could stretch into days or weeks, even months — Like writer’s block, if you believe in it. Well, how do you deal with writer’s block? You write, no matter how crappy it turns out. How do you deal with runner’s block? You go for a damn run.

The Gifts of Reading by Robert Macfarlane 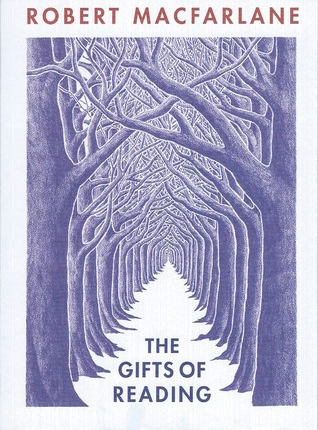 “This story, like so many stories, begins with a gift. The gift, like so many gifts, was a book,” wrote Macfarlane in this brief essay. Reading about reading is always a great pleasure, because the author often succeeds in capturing certain feelings that all of us have felt at some point about our reading, but those feelings had stayed latent, as we struggle to be express them into words and sentences. Macfarlane chooses to focus on how reading often feels like a gift, because you never really know when your life would be changed by a single book. “The act of giving encourages the onward circulation of generosity,” he also said. When you’ve read a great book, you want to tell all about it to  everyone you know. You want to give them that same gift of reading so that their lives could be changed as well. And they’d do the same for the people in their own life, and this beautiful gift-giving cycle goes on, ad infinitum — And from that, hopefully, the world becomes a little better.

Loved this classic. There’s something philosophical in Batman comics that’s hard to find elsewhere. Batman’s code of conduct in stark contrast to the Joker’s hunger for chaos and disorder, Harvey Dent’s descent into evil — So many great things that you’ll find if you pay better attention. I also liked the mystery/detective vibe in the story, as Batman toils to find a mysterious murderer named Holiday, who is responsible for killing people on holidays. Definitely worth the read.