Acid For the Children by Flea

One thing I learned from being a huge Red Hot Chili Peppers fan over the years is that you need to honor your craft for what it is — And that means you’re working hard because of your love for it, not solely because you’re expecting to get something from it. Flea and John Frusciante’s musicianship is a great example of that. They’re so focused on being present in the process of making music, that it speaks to us in such emotional levels. In a Patti Smith-esque prose, Flea dips from memory to memory, from his childhood to when the Chili Peppers were just getting started. Most interestingly, he writes about his first encounters with music, as well as his love for literature, and the safe haven that he found in both worlds. Flea never shies away from crying when he talks about music, and that’s what makes this book so endearing. Though I didn’t particularly enjoy the sex talk, this book still makes a great read overall.

Ali : A Life by Jonathan Eig 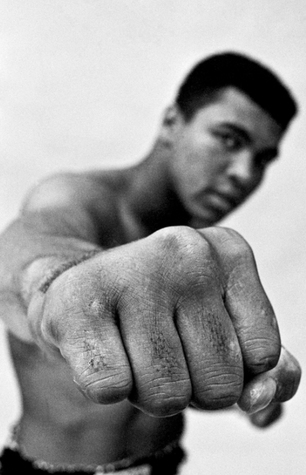 A challenge in reading certain biographies is politics. It takes a good modicum of credibility to write honestly about a human being, from all angles, to present her in all her glory, flaws, success, failures, ingenuity, and stupidity. Jonathan Eig does just that in his biography of Muhammad Ali. He manages to craft an exhausting amount of research  into a compelling narrative to help us better understand him, not just as a famous boxer, but especially as a person. Eig also touches on details with objectivity, like Ali’s draft evasion, his association with The Nation of Islam, his wins in the boxing ring, his marriages, and his battle with Parkinson’s disease. It’s a tale of courage and strength, but also of arrogance and living with the consequences of the choices you make. 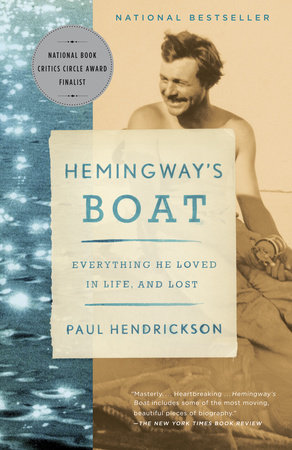 What makes this book so captivating is Paul Hendrickson’s ability to clear up the muddy waters of Hemingway’s life, by parallelizing it with a dear boat that he owned, which he called Pilar. With Pilar at the center of the story, Hendrickson uses the opportunity to draw out the more fragile facets of Hemingway’s character — That underneath his macho image, we often forget that “there was a bookish man in glasses trying to get his work done, and finding it harder with each passing year”. Nearing the end of Hemingway’s life, Pilar was no longer able to be his source of equanimity. He was no longer able to write, he lost his beloved Cuba home, he suffered from paranoia, and he eventually took his own life. Pilar, now worn out and decayed, bears a relic of a profound and unquiet life.

How To Be a Friend by Cicero

“Nature loves nothing that is solitary, but always inclines toward some sort of support,” Cicero wrote. “And the sweetest support is a very dear friend.” Friendship is often an underrated topic to discuss, probably because it’s common-sense enough for the lot of us. Two centuries ago, Cicero wrote his book to invite his readers to really think — What would life look like if we didn’t have any friends? As you might think, life wouldn’t be much worth living. Because all the good things we experience wouldn’t be as beautiful if we didn’t have people to share them with — And how bleak it would be if we didn’t have at least one person that we dare talk to about everything as if we were talking to ourselves. I think this piece of writing is even more relevant today. Especially with social media, it can be hard to look past the surface friendships we have in our followers list. Cicero helps us understand what it means to have deep, lasting friendships with the people in our lives — To forge relationships that aren’t based on poverty and need, but rather, on kindness, laughter, and never-ending support in the broadest of terms.

How to Become a Straight-A Student by Cal Newport 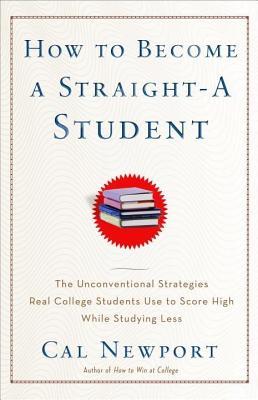 I first read Cal Newport’s Deep Work, and it absolutely changed my life. Soon after that, I picked up this book, and I can tell you, it’s not a BS guide that we normally hear, like, everyone should start using mind maps and what not. Newport points out that as students, we were never taught how to study, because the plain fact is, not many people out there know how to study well. Tired of BS guides himself, he looked for the best students he could find (including himself), and drew connections on common strategies that worked for them, from how to write notes in class, to how to revise for an exam. Also, it’s important to note that the best students achieve more by studying less — They don’t sacrifice any sleep, they don’t camp in libraries wearing hoodies and sweatshirts, and they have plenty of time to do non-academic activities. That’s the impact of implementing the strategies you’ll find in this book. Well, I’ve never gotten straight-A’s so far in my degree — Because hey, there are just some subjects that you don’t really like that much and could never get along with. But this book did help me get in the Dean’s List three times in a row. I highly recommend this read.