“No price is too high to pay for the privilege of owning yourself.”

All in All, You’re Just Another Brick in The Wall 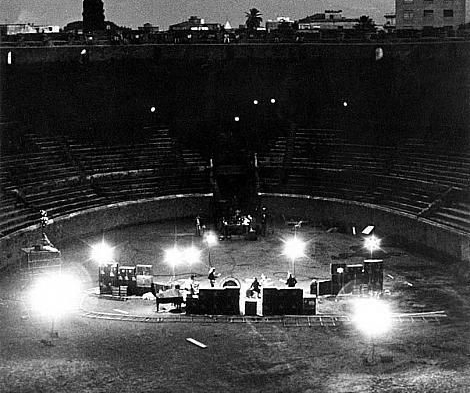 Pink Floyd were playing a show in their The Wall tour. During their set, Roger Waters mockingly asked the crowd, “Are there any paranoids in the audience tonight?” As the crowd cheered with woo’s and yeah’s, Waters responded, “Pathetic“.

Sneering, Waters said to the crowd, “This is for all the weak people in the audience!”. He then asked, “Is there anyone here who’s weak?”, to which the crowd excitedly cheered again.

As he turned his eyes away, Waters said, “This is for you. It’s called Run Like Hell.”

Run Like Hell, as well as the other songs in the album The Wall were inspired by Waters’s feeling of disconnection from the audience. He always believed that Pink Floyd shows were supposed to be about a communication, a relay of important messages between the performers and the audience. As the band’s popularity grew, it was getting harder and harder to maintain that connection.

He said about their previous tour, “I disliked it intensely because it became a social event rather than a more controlled and ordinary relationship between musicians and an audience…The front sixty rows seemed to be screaming and shouting and rocking and swaying and not really listening to anything. And those further back could see bugger-all anyway.”

To cope with his feelings during that tour, Waters constructed an imaginary wall that separated him and the audience.

Pink Floyd wrote songs for people to listen and ponder, as with many other existing artists out there. Which category of people do we belong to? — Those who hear, or those who listen? 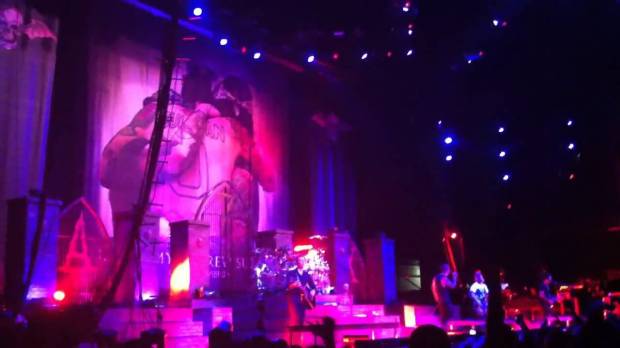 One of my most cherished memories is attending an Avenged Sevenfold show back in 2012. I sang along to every lyric with my hand on my chest, because my voice had already dried out by the second song in their set. When they played So Far Away in tribute to their late drummer, Jimmy “The Rev” Sullivan, the stage banner was switched to a picture of the band hugging, The Rev being in the middle. In the interlude of the song, I could vividly remember the singer, Matt saying to the crowd, “You know, one of the things that The Rev taught me is to love your friends and family, and to tell them how much you love them every single day”. As we raised our cellphones and lighters into the air, we sang along to the guitar solo, and the final verse, “I love you, you were ready. The pain is strong, and urges rise. I’ll see you when He lets me, your pain is gone, your hands untied. So far away, and I need you to know.”

My relationship to the band’s music had always been like that of a storyteller and the reader. Their songs expanded my imagination and somehow always reminded me of the shared humanity that we all have, in our adventures, our pain, our joy and our sadness.

Even as a huge fan, when their latest album The Stage came out, I was honestly disappointed. While all of their albums are significantly different from one another in their musical direction, The Stage was way too different from anything they had done before. Unlike their previous albums that consisted of very memorable melodies and harmonic gestalt, The Stage didn’t seem to imbue the same spirit.

But listening to it now, I can say that it is one of their best works yet. If you paid attention to the band’s progress, you could notice that in The Stage, they have reached a mature point in their creativity where, instead of becoming their influences, they appreciate them instead. Speaking in their own authentic voice, they produced an album that was both lyrically and instrumentally articulate.

Conceptually, the whole album is the band’s invitation to the listeners to think about urgent topics in the world right now — Politics, the moral ethics in artificial intelligence and space travel, and how society is doomed if they choose to ignore all of these important things.

In a world where it’s easy to be fooled by the media and all sorts of propaganda, in the title track the band urges us to “wake up”, because “When did the walking apes decide that nuclear war was now the only solution for them keeping the score?”

In their song Roman Sky, they encourage the listeners to think big and far, as they share the story of Giordano Bruno, a scientist who was burned as a heretic by the Catholic Church for his theories on cosmology. Even though they took his life, his theories still have a massive impact on our world today.

In the song Paradigm, they discuss nanobots and the moral aspects of it. Since nanobots could potentially cure all diseases and help us live forever, how much of a human being are we going to be at that point?

If we don’t think for ourselves and gain our mental freedom, we’ll be blind to everything that’s happening right in front of our eyes. The band warned in God Damn, “No one came to cuff you, they just handed you the chains,” and that “Where’s the fun in freedom when it renders you a slave?”

My journey as an Avenged Sevenfold fan which began during the time I first heard Afterlife when I was 9, has taken on a much deeper and meaningful turn, as they have helped shape me into becoming a more critical thinker.

The journey’s still going on, and there’s still plenty more to learn.

When I was 15, we were asked to write an assignment in English class about an influential person and how he or she has impacted our life. Some of us wrote about Mahatma Gandhi, some wrote about Steve Jobs.

I wrote about Serj Tankian, the singer and songwriter of the band System of a Down.

“Tankian taught me to think,” I remember writing.

System of a Down is a really weird band, frequently using irony and strange brews of hard rock and reggae in their music. They wrote songs that were largely in protest of the Bush administration, and about how society needed to shake themselves off the hypnotic trance that the media put them in. Their members are all of Armenian heritage, and they are known for voicing out on governments easily blaming immigrants for the nation’s problems.

Though it was unusual for my grade-stingy teacher, she gave me an A for the essay. But what was more important was that writing the assignment really made me think about how the things I listen to or read actually have an impact on how I see the world.

As you finish reading this article, I hope you can do the same for yourself too. How has a piece of art helped you to think and relate to the world around you? You’ll find that the more you’re able to think critically, the better you can enjoy an art, and of course, the better off you’ll be in all areas of your life.