“The past is never dead. It’s not even past.” 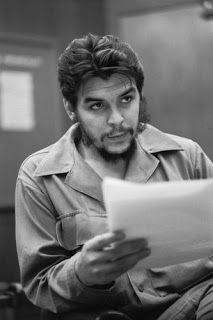 The ancient Chinese military strategist Sun Tzu proffered that “All warfare is based on deception”. War, ultimately, is a battle of appearances — An army has the advantage when it executes novel strategies that can psychologically overwhelm the other into defeat. But even outside the battlefield, war exists in each side demonizing one another in the media, with the purpose of furthering their own interests.

Long ago, a young man wrote in his journal, “I want to link my destiny to that of the poor of this world”, after he traveled across rural Latin America on his motorcycle. He had left his privileged life as a medical student for his travels, and it was during this time when he realized that medicine was not enough to save lives. He was heartstrung by the immense poverty and hunger he saw, which he believed was the result of the capitalistic exploitation and colonialism by the West. He saw how a sick person in a family would be seen as a curse or a burden, because they did not have the money for medical treatment.

Expressing his thoughts after he treated a poor woman suffering from tuberculosis, he wrote, “It is at times like this, when a doctor is conscious of his complete powerlessness, that he longs for change : a change to prevent the injustice of a system in which only a month ago this poor woman was still earning her living as a waitress, wheezing and panting but facing life with dignity.”

A history professor, Carlos M. Vilas noted that “His political and social awakening has very much to do with this face-to-face contact with poverty, exploitation, illness, and suffering.”

Inspired by the injustice he saw, he went on to be a revolutionary and an especially important figure in the Cuban Revolution, overthrowing the oppressive and corrupt regime of the Cuban dictator, Fulgenco Batista. He was then appointed as the national bank president, while also revolutionizing the nation’s healthcare system and leading a highly successful literacy campaign which taught over 900,000 Cubans to read. An articulate intellectual himself, he even published seminal works such as Guerilla Warfare, his treatise on military combat, and The Motorcycle Diaries, which detailed his travels across Latin America.

His name is Che Guevara, and he left quite a divided legacy to the world. Some highly revere him, with high schools bearing his name in his native land Argentina, his image symbolizing rebellion, being popularly adorned on T-shirts and on bedroom walls of college students, and Cuban school children beginning their morning by pledging, “We will be like Che”. He was described by Nelson Mandela as “An inspiration for every human being who loves freedom”, and “Not only an intellectual but also the most complete human being of our age” by the philosopher Jean-Paul Satre.

Yet, in some Western countries, he is often portrayed as a terrorist. He is criticized for speaking against American and Soviet imperialism, his anti-capitalistic views, and halting American companies from owning the majority of arable Cuban lands. Most critics would quickly point out at the violence he waged during the Revolution, claiming that he killed many innocent lives, which is not exactly true anyway.

Jon Lee Anderson, a notable biographer of Che remarked, “I have yet to find a single credible source pointing to a case where Che executed ‘an innocent’. Those persons executed by Guevara or on his orders were condemned for the usual crimes punishable by death at times of war or in its aftermath: desertion, treason or crimes such as rape, torture or murder. I should add that my research spanned five years, and included anti-Castro Cubans among the Cuban-American exile community in Miami and elsewhere.”

Revere or revile him, this just goes to show how complicated and murky history really is. Nothing is as simple as black and white, us and them, or good and evil — And this is a continuous challenge in how history is presented. As said by Dr. Uva de Aragón about Che Guevara, “We’ll still have to wait many years for history to deliver a definite judgment on Che, when the passions of both sides have passed.”

Seeing The World As It Is 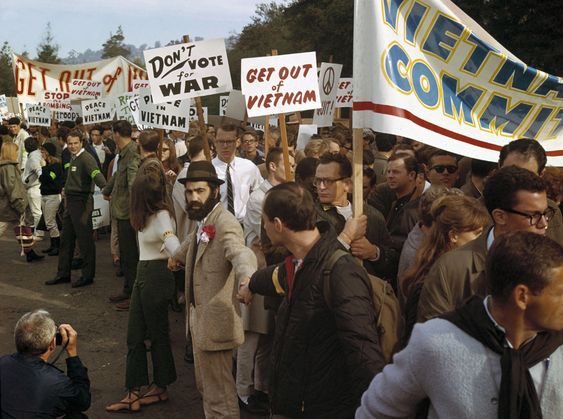 Our fuller understanding of history comes not from politicians’ speeches, but from the pocket notebooks and journals of people who were deep in the trenches of events as they unfolded. It probably doesn’t truly come from school textbooks, but more from the poems and stories of the people who actually lived through the times. Our view of history only becomes wholesome when we look past the surface of political agendas and biases, and zoom into society itself.

We will look into the subject of war, for the purpose of our discussion here.

We learn that during the American Civil War, the nation was split into two factions — The Union states, and the Confederate states — And that the war was fought to end slavery. While that’s politically correct, slavery wasn’t really the main cause of the war. As the renowned Civil War historian Shelby Foote noted, “No soldier on either side gave a damn about the slaves — They were fighting for other reasons entirely in their minds.” Many of the soldiers went to war not because they were with or against slavery, but because their home was being invaded, and they needed to protect themselves.

In our conflict-plagued world, an objective look at events is ever important. It is in the artist’s ability to depict human nature candidly, to take a neutral stance in the chaos that vies for her side, that this can be made possible — And it is thereby her duty to do the right thing.

Remarque encapsulates this mindset best in his preface to his novel All Quiet in the Western Front : “This book is to be neither an accusation nor a confession, and least of all an adventure, for death is not an adventure to those who stand face to face with it. It will try simply to tell of a generation of men who, even though they may have escaped shells, were destroyed by the war.”

He vividly illustrates the turmoil that befell the German soldiers during World War I — They were just confused young men, beguiled by the idea of serving their country, who only found death and horror as life seemed to be at an end. He wrote, “I see how people are set against one another, and in silence, unknowingly, foolishly, obediently, innocently slay one another. I see that the keenest brains of the world invent weapons and words to make it yet more refined and enduring. And all men of my age, here and over there, throughout the whole world see these things; all my generation is experiencing these things with me.”

When the Vietnam War was exacerbating in the 1960s, it shaped rock music, just as much as rock music shaped the war itself. Bob Dylan rose as the icon of the young, as he called out to his youth to not sit complacently during those turbulent times, to instead be brave in getting their voices heard, because “The times they are a-changin'”.

As huge masses of people took their rebellion out to the streets, protesting for the war to end — Buffalo Springfield published their song, For What It’s Worth. “There’s something happening here,” the song begins. “But what it is ain’t exactly clear.” In a dispassionate voice, the song observes the gloomy cloud of confusion and paranoia that hung over society. Fear was ever present in their hearts as they couldn’t make clear sense of what was going on, let alone anticipate what might happen next.

The point isn’t to prove that either side is right, but to dispassionately tell the story as it is — To capture everything that is going on, without pulling any punches, or embellishing on how it could have been better or worse. And for that, it’s a valuable arsenal for an artist to approach the world around her in great curiosity.

Kurt Vonnegut, who survived through the bombing of Dresden, gives us food for thought in his novel Slaughterhouse Five : Imagine that we are extraterrestrial beings visiting Earth for the first time — The absurd idea of war had never existed in our minds before — And so, in observing human beings mindlessly butcher one another, how would we think?

The character in the novel, Billy explains about war to the alien Tralfamadores, “How the inhabitants of a whole planet can live in peace! As you know, I am from a planet that has been engaged in senseless slaughter since the beginning of time. I myself have seen the bodies of schoolgirls who were boiled alive in a water tower by my own countrymen, who were proud of fighting pure evil at the time.”

Honest objectivity is what gives art its timeless importance and value. And undoubtedly, without art, history is only a meaningless recollection of past events, with no lessons to teach and no value to offer, perhaps only to be used as a tool to stoke up even more conflicts in the world.

With art at the very forefront of history, it serves as not only a time machine for us to experience how things were like back then, but as an aide-memoire that our lives today aren’t so different from those before us. Because after all, it’s not so much that history repeats itself, but that human nature stays the same.