Before we start, here are some wise words from my beloved Stadium Arcadium box set. 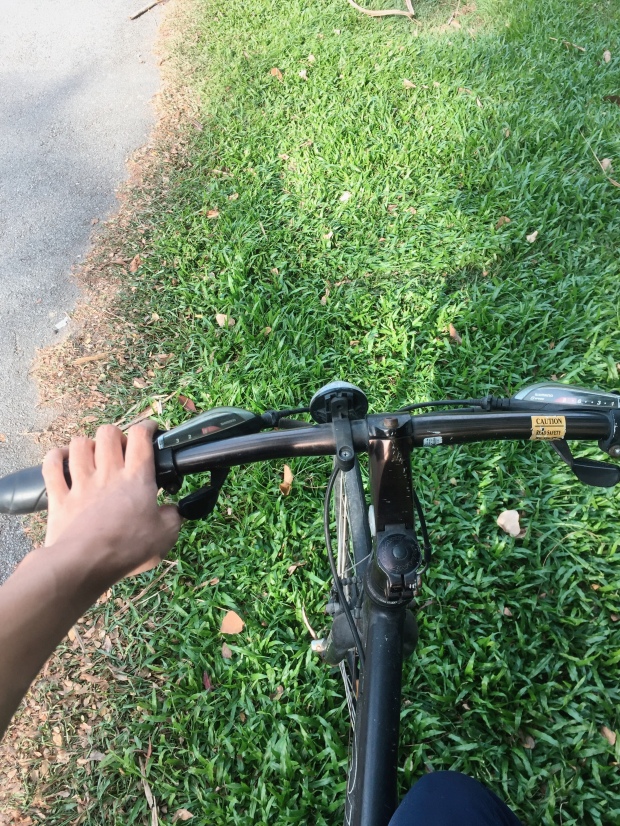 I finally worked the nerve to get back on my bike — After more than a year of letting him sit at home.

His name’s Andy, by the way (Because I love the Shawshank Redemption that much). He was my source of comfort for a long time as I would take long cycling sessions around the city in the early mornings or the evenings — Sometimes both in the same day, while I listened to whole albums and just enjoyed the present moment.

After I had to move to a new neighborhood, I just didn’t have the heart to take him out anymore. He represented a very special connection that I had with the city I grew up in, and it still does as a matter of fact.

Having the opportunity to cycle in my old neighborhood again, I gotta admit, I cried. And well, I fell a couple of times — Out of sheer rustiness on my part — And out of excitement too, as you can imagine. I played the Red Hot Chili Peppers’s Californication album while I cycled, just as I often used to.

This isn’t as tense of an article as I would normally write. I needed some kind of an outlet to share the elation I’ve been feeling — To put into words the thoughts I have on what a blessing it is to have a hobby or craft — Or several of them — That really give life its vitality.

Being on my bike, it felt like I had regained a part of myself that I had lost somewhere. My sense of time disappeared — 2 hours went by and I honestly hardly noticed. Nearly all of my thoughts were focused on my bike, the road, and the city I was in. It was like reuniting with a very close friend as I cycled to places I had distinct memories of : Other than my old home, of course — There was the police station, where my Dad brought me to in an attempt to scare me for fighting with my brother — My primary school, where I remember getting specially punished by the headmistress — And my secondary school, which still makes me laugh when I think of the childish pranks we pulled. Somehow visiting these places didn’t exude the same feeling if I were just driving past them.

Anyway, do pardon me for my boring life story.

But that made me ponder on what we call “flow”. It’s that incredible feeling when you’re totally engaged in what you’re doing. You’re having a whole lot of fun, and it makes you feel alive and happy. Like you’re on a higher plane — A healthy kind of high. That’s the gift that comes with the challenging road of practicing a craft.

And ultimately, that’s what we’re after.

It’s not much of a revelation, but think about it. No one told Leonardo da Vinci to study heart valves to paint his famous Mona Lisa, or to delve into how fossils ascend to mountaintops to paint Virgin of the Rocks. No one told him when he was a kid to steal his father’s papers and wander afar in nature, and make sketches of things that appealed to his curiosity. He found his flow in making lifelike depictions of the world he saw, down to the very veins. He did it out of love.

Love is the reason Mick Jagger, who’s in his 70s now, is still out there performing — Even though he once swore “I’d rather be dead than still singing ‘Satisfaction’ when I’m 45”.

Love is the reason why John Frusciante and Flea from the Chili Peppers play music — Watch their live performances and you’ll get what I mean. Nothing makes them feel more alive than spontaneously communicating with one another and with their listeners through non-verbal means — Creating patterns that they don’t see with their eyes, but with their ears.

Frusciante called this experience “the fourth dimension”, in which he could get totally immersed in the groove, where there’s just pure energy and emotions. And as Flea advised on attaining this experience, “You gotta go for the joy, the pain, the adventure, the search, the journey to love. You have to be willing to dedicate your life to that journey, not as means to an end, but just an opportunity to trip out. You gotta suspend all self-judgment, and embrace all. The reward is the journey itself.”

You get what I mean. If you don’t have a craft that you particularly find joy in, man you’re missing out. And if you do, take a moment to think on how it has enriched your life — And even better, perhaps how it has enriched other people’s lives as well. Because your craft truly is a blessing.

As writer Stephen King said about his craft, “Writing isn’t about making money, getting famous, getting dates, getting laid, or making friends. In the end, it’s about enriching the lives of those who will read your work, and enriching your own life, as well. It’s about getting up, getting well, and getting over. Getting happy, okay? Getting happy.”