I’m excited to announce that I’m working on a new project! However, there’s still a lot to do, so I expect that you won’t get to see it until December.

I don’t normally talk about my work until it’s finished, but I came to think about how we don’t always consider that our successes often have to do with the silent and secret prayers of other people. Therefore, I humbly ask for your sincere prayers, so that everything will go just great.

With much love,
Izzat

“All my past life had been a preparation for this hour and for this trial.” 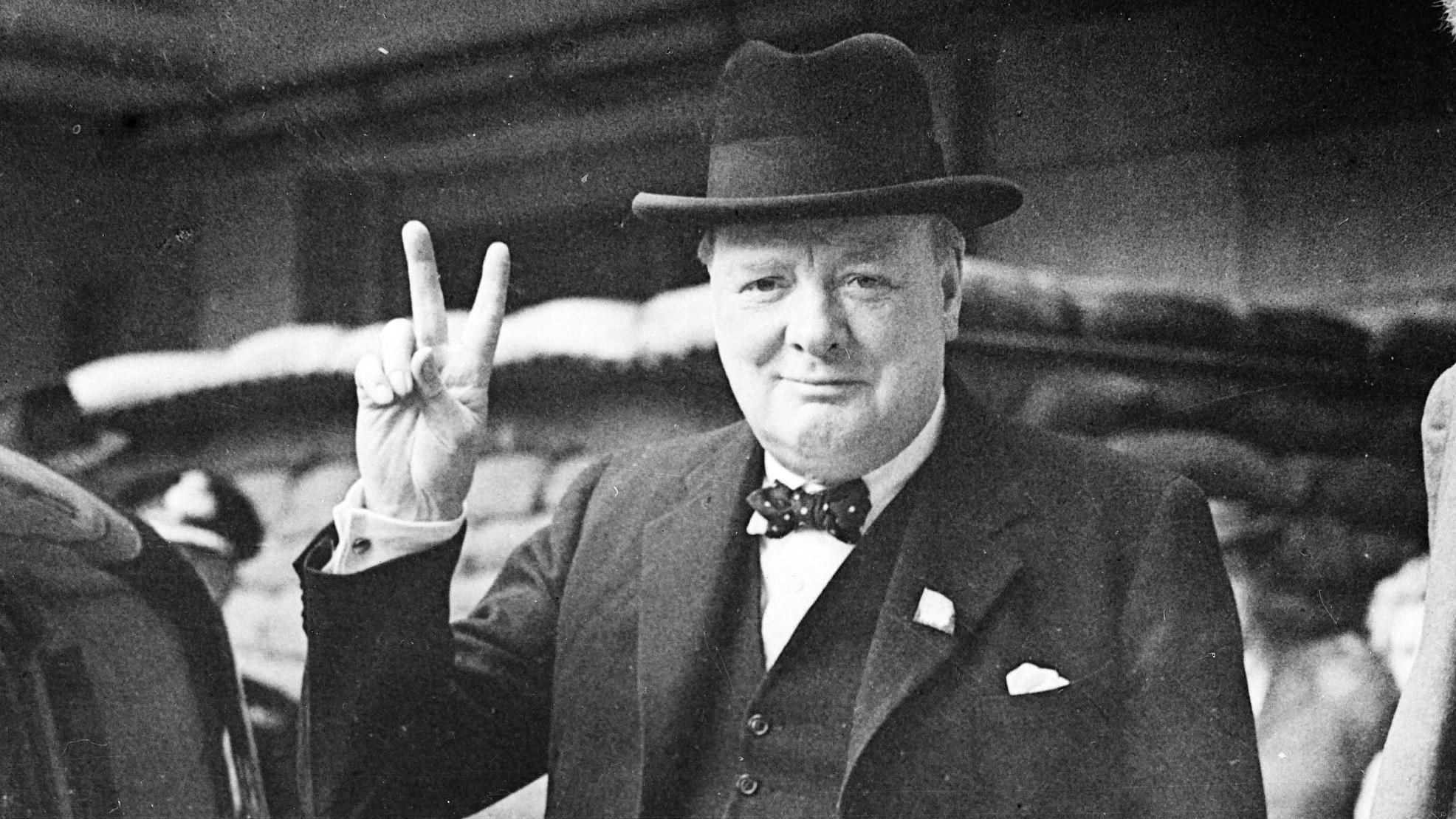 World War I, or the Great War as it was called in those days, had abated, and the world had entered an abeyance of morose exhaustion. As biographer William Manchester wrote, “The Great War may have been the first historic event in which reality outstripped the imagination.” Both sides, the victors and the vanquished, were immensely devastated by the war, far beyond what they could have envisioned.

Society hungered for stability, and loathed the prospect of another war. “The people are tired, tired of noise, tired of inconvenience,” wrote journalist Walter Lippman, “Tired of greatness and longing for a place where the world is quiet and where all trouble seems dead leaves, and spent waves riot in doubtful dreams of dreams.”

It’s part of our human nature that in war, there is a tendency for the victors to oppress the vanquished. With that, the war would never truly end, as the vanquished harbor eager ambitions of revenge.

In the aftermath of World War I, that was how history’s greatest mistake was made — With the Versailles Treaty, the Allies thought they could outright punish Germany by making them pay up and recover the Allies’ losses, when the Germans themselves were struggling to rebuild their own economy. In the Allies’ moment of victory, they failed to foresee that a seed of deep resentment was growing in the hearts of the German people, especially that of a man named Adolf Hitler.

Meanwhile in England, one could catch the sight of Winston Churchill’s penchant for self-promotion in the backbenches of the Parliament, as he would annoy his opponents. Behaving as the legendary troll that he was, one could see him violently rocking his head back and forth, playing with his watch, and sleeping whenever he got bored.

There was one particular time when he expected a rebuttal on an argument that he had presented, so he entered the Parliament chamber sucking on a jujube, which he later placed in his pocket. Just when his opponent’s speech was climaxing, Churchill stealthily searched the pockets of his coat and pants, then became even more frantic in his digging. One member of the Parliament after another noticed this humorous sight, and burst into laughter. The opponent speaker exploded, “Winston, what are you doing?”

Churchill being in the Parliament’s backbenches was no small event. He had been demoted from his prominent position as the First Lord of Admiralty during World War I, to an obscure rank in the Cabinet.

This could be traced back to his naval strategy that went awry in the Gallipoli campaign. In a deluge of unforeseen events such as the worsening weather and difficult terrain, the Allies were underprepared in their resources and morale. They underestimated the opponent’s strength, poorly executed improvisations on their strategies, and pressed on in great confusion and hesitancy.

As a result, the Gallipoli campaign was a nightmare, and the Allies lost 45,000 men. Whether fairly or unfairly, Churchill was the scapegoat for the horrible defeat. His career and reputation were just about finished.

While critics and rivals hounded Churchill for his humiliating personal defeat, they didn’t realize that when a person dives into the ocean’s depths, he brings some of its most beautiful pearls with him as he emerges back into land.

At the lowest point of his career, he acquired the gift of assessing impending crises, of not being easily swayed by appearances of events. His grand failure, in actuality, was a preparation for his grand triumph.

When Hitler came to power as the Fuhrer of Nazi Germany, most people didn’t take him seriously, as the thought of going back to war was still too much to consider. But not Churchill. As he observed, England had segued into a “period of exhaustion which has been described as Peace”. Churchill had been worried about Germany ever since the Versailles Treaty, and he called for England to rearm themselves. “The soul of Germany smoulders with dreams of a War of Liberation or Revenge,” he warned. But no one listened. Or rather, no one wanted to listen. And yet, he trudged on, alone.

Churchill was criticized as being a warmonger for pushing towards rearmament. People liked the current Prime Minister, Neville Chamberlain instead — Unlike Churchill, he was calm and polite, and he sanguinely stressed on “peaceful” initiatives. He was initially praised as a hero for signing a peace agreement with Hitler, not knowing that it meant little, if nothing, for the Fuhrer. It was really just a “peace of paper”.

Churchill, however, wasn’t naively optimistic. He had done his homework, pored over documents including Hitler’s Mein Kampf, and he knew that Hitler was not a person to be negotiated with. Hitler had insisted that he would never wage another war, but this was one of his many colossal lies that Churchill could easily see through. He understood how Hitler thought — He was a chronic liar, and used huge lies to amass power. Churchill quoted Mein Kampf in an argument, that “The great masses of the people…Will more easily fall victims to a great lie than a small one.”

Time went by, and Churchill was proven right. Hitler had torn up the agreement that he made with Chamberlain, and was hell-bent on expanding German territory. “You were given the choice between war and dishonour,” Churchill said of Chamberlain, “You chose dishonour and will have war.”

When World War II erupted and Chamberlain eventually resigned, Churchill was appointed as the new Prime Minister of England. The Allies needed a leader who would not break in turbulent times, and he was just the right person. He was the embodiment of the classic Latin adage, Si vis pacem, para bellum — If you want peace, prepare for war.

In the gloomiest moments of despair, Churchill set his nation’s morale ablaze by anchoring on his flair for the English language. In his distinct Shakespearean zeal, he declared, “Let us therefore brace ourselves to our duty, and so bear ourselves, that if the British Empire and its Commonwealth last for a thousand years, men will still say, ‘This was their finest hour.’ ”

Even as his most virulent critics wagered that “the ghosts of Gallipoli will always rise up to damn him anew”, Churchill remained steadfast in his leadership. He surely had not forgotten his past failures, but he learned to take pride in the lessons that he had gained from them. “Don’t imagine I am running away from (Gallipoli), he said. “I glory in it.”

As Churchill wrote about becoming Prime Minister during the brink of war, “All my past life had been a preparation for this hour and for this trial.” Of course, that meant Gallipoli.

The message in this article is simple, yet so difficult to remember, let alone act on when times really get tough.

We’re all human beings, and we all have to go through painful, embarrassing defeats at times, no matter who we are. And that’s okay.

The next time you face a similar situation, or as you reflect on past failures, try to put it this way — Rather than going too deep into “why it happened to you”, think instead of how you were blessed with it. What special, character-building assets did you gain from it, that were possibly just for you, and no one else?

What’s truly amazing is if you could get to a place where you’re grateful for your failures — That if you had the chance to reverse time and live your life in a different way, you wouldn’t take it.

Because you’d rather have gone through a temporary defeat, than not acquire the incredible things that you’ve learned from it.