“The last thing one discovers in composing a work is what to put first.”

This article is obviously published outside my schedule, because hey, it’s just a driving/shower thought banter that I can’t shut off. So I’d might as well write it down. 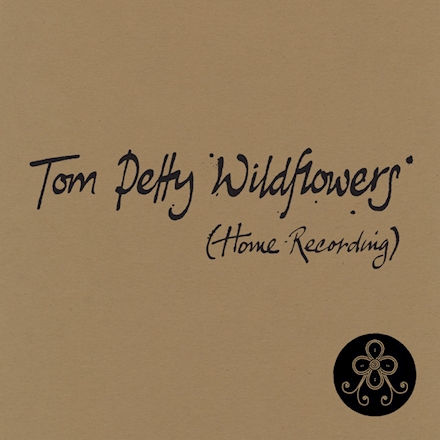 I was met with a pleasant surprise a couple of days ago, when Tom Petty’s estate released a beautiful home recording of Wildflowers. Upon listening to it, it made me sad, and it really had me teary-eyed, as I kept it playing on repeat for hours on end. It was like hearing a long lost, unrehearsed voice note from a best friend.

Wildflowers has always been one of my favorites of favorite comfort songs. Whenever I’m assailed with worries or stress, it gives me a tremendous sense relief to hear that calm and gentle voice assuring me that everything’s going to be okay, that I deserve to feel good. It’s always soothing every time that voice softly croons, “You belong among the wildflowers. You belong somewhere close to me. Far away from your troubles and worry. You belong somewhere you feel free.”

This home recording made the listening experience even more special. It seemed even more relaxed, and with that, more intimate in a way. It’s largely just Petty and his guitar, and its unfinished quality make it so endearing. During the bridge, Petty hums a melody that’s different from the final studio version — And if you’ve listened to the actual album as many times as I have, you could immediately tell that it’s the same melody from another song, To Find a Friend.

I found a sort of comfort in knowing that my favorite music were once works in progress too. It’s a lovely trivia to know that To Find a Friend originated from Wildflowers.

Anyway, Petty wrote the album when he was in a particularly dark time in his life, as he was going through a divorce. There’s a story of him going to therapy to cope with that difficult time. And in one of their meetings, his therapist played a recording of Wildflowers, and then asked him about who he was speaking to in that song. Petty responded that he honestly didn’t know — Writing songs was almost always an unconscious process. “I know,” the therapist said. “You’re talking to you. You’re telling yourself what you needed to hear.” Petty realized that he was right.

That makes me think about how our art is really much larger than ourselves. It outlives us, and it outspans our own conscious thoughts and intentions, even. Wildflowers, as with many of Petty’s songs, have been my go-to sanctuary for so often now, that I honestly feel like he’s my best friend — Like he pulls me through the highs and lows of life, even though I’ve never actually known him. But that’s how beautiful art can be. He wrote songs to comfort himself, and I listen to them to comfort me. I adopt them as my own life’s soundtrack.

As I ruminated on this home recording of Wildflowers, it had me revisiting the wonderful tribute performance of Stairway to Heaven that Heart did for Led Zeppelin during their Kennedy Center Honors ceremony. Because it’s a great illustration on what I feel about good art.

Seeing the surviving members of Led Zeppelin sit in complete awe and well up with tears at the heartfelt performance (pun intended), I imagine that it’s not so much because they were proud of having written a song of legend, but because they witnessed as their work turned completely out of their own hands. It wasn’t pride, but humility, from seeing that their art had grown much larger than what they had in mind when they created it. It was Heart and their lively ensemble, representing the whole world in telling them, “Thank you for your beautiful song. This is our interpretation of what it means to us, and we’ll take it from here on out.”