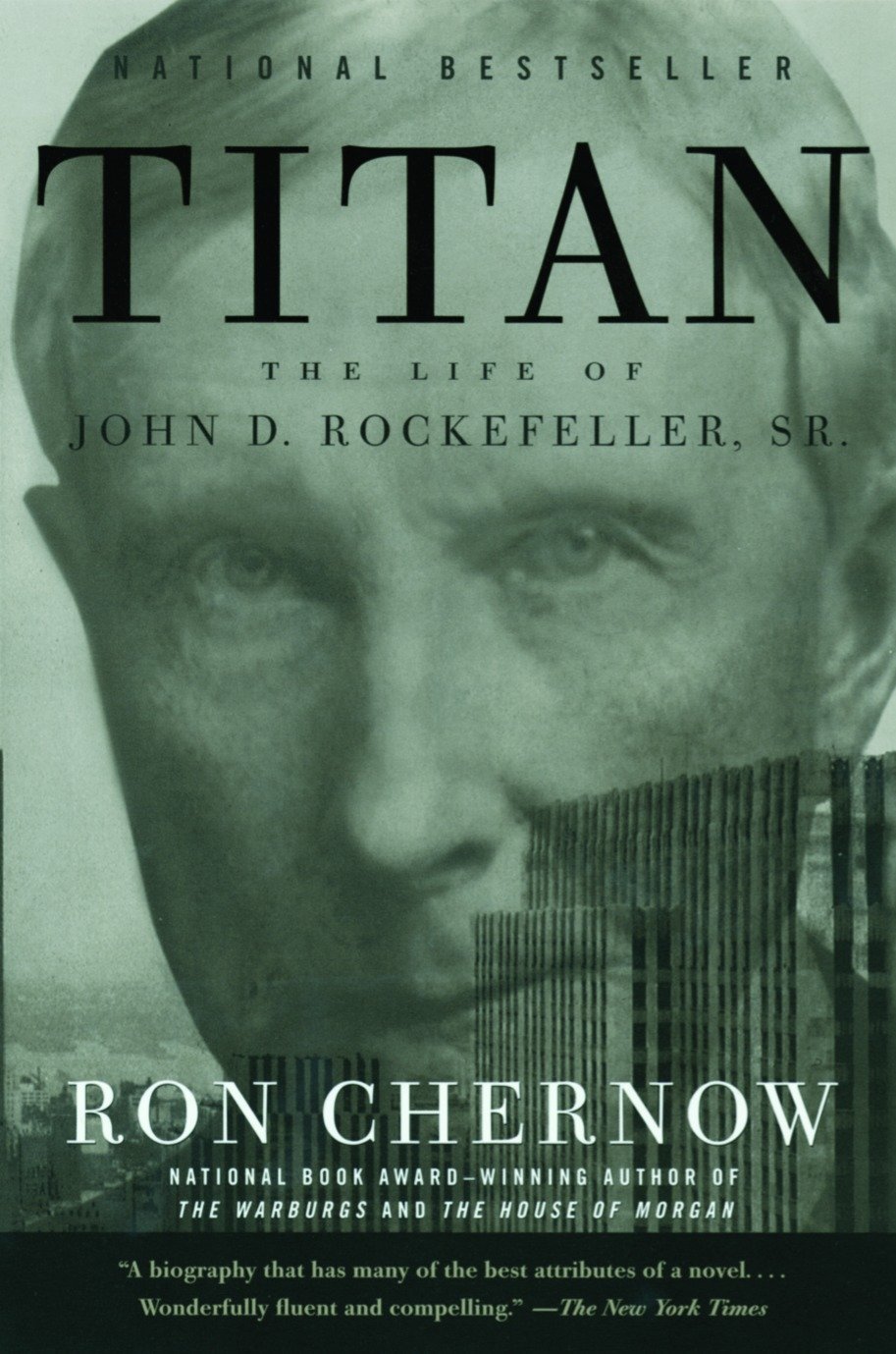 John D. Rockefeller — Whether you see him as a robber baron or a captain of his industry, you can’t deny that he was supremely resilient, even strangely stoic. Reading about Rockefeller, I was always reminded of Warren Buffett’s maxim, which is to “be fearful when others are greedy, and be greedy when others are fearful.” Rockefeller had a Zen-like quality in him, where he could objectively assess the panic-filled situations that he lived in, as well as strategize very calculated moves.

Just when everyone else was afraid and everything was going to hell during the economic recession, or at least it seemed like it, Rockefeller made his fortune — And by 1880, Rockefeller’s Standard Oil controlled 90% of the nation’s oil refining business. Chernow’s biography is incredibly hard to put down, as he uncovers the many myths behind Rockefeller’s persona. Interestingly, Rockefeller’s source of stillness was his devout religious faith. It was his belief that God would ultimately take care of him, and that everything would be fine, that guided him in taking on brave risks. 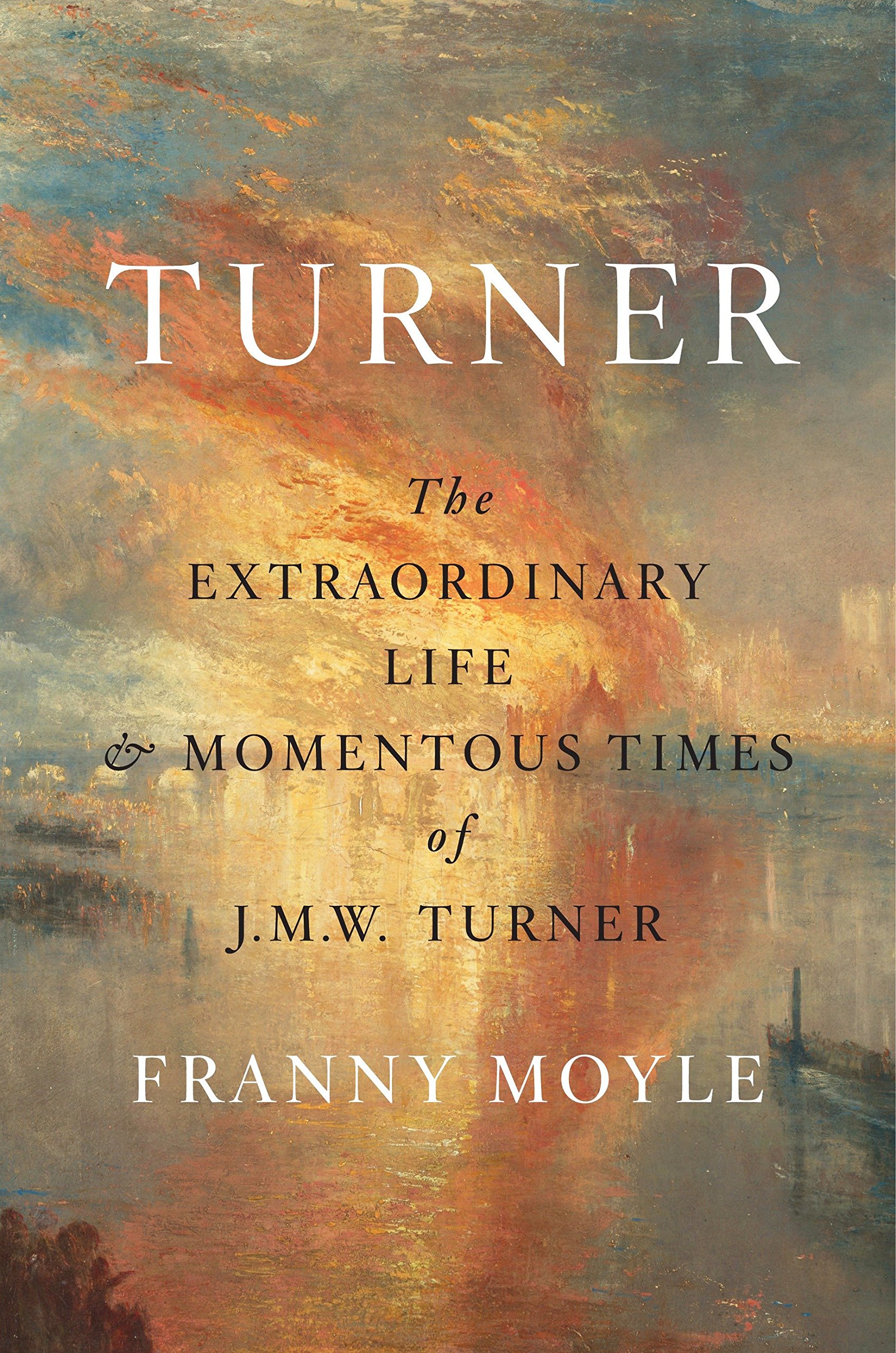 J.M.W. Turner was an English painter, best known for his lucid landscape paintings, and for candidly portraying the crucial historical events that unfolded in his time, from the Industrial Revolution to Napoleon’s defeat and exile. Fearlessly taking on a different path from other painters of his time, he boldly presented life as he saw it, even if it were a violent or turbulent picture. It was his duty as an artist to pull no punches.

Perhaps the best thing I learned from this book is to be unafraid in doing creative work. An artist’s responsibility is to keep creating. Whether her work turns out good or bad isn’t always in her control. Too often we experience a creative drought not because we don’t have any ideas, but because we’re afraid of our bad ones. One thing that we can remind ourselves during these times is that we have created before, and we can create again. As Turner said, “It is only when we are no longer fearful that we begin to create.”

No Country for Old Men by Cormac McCarthy 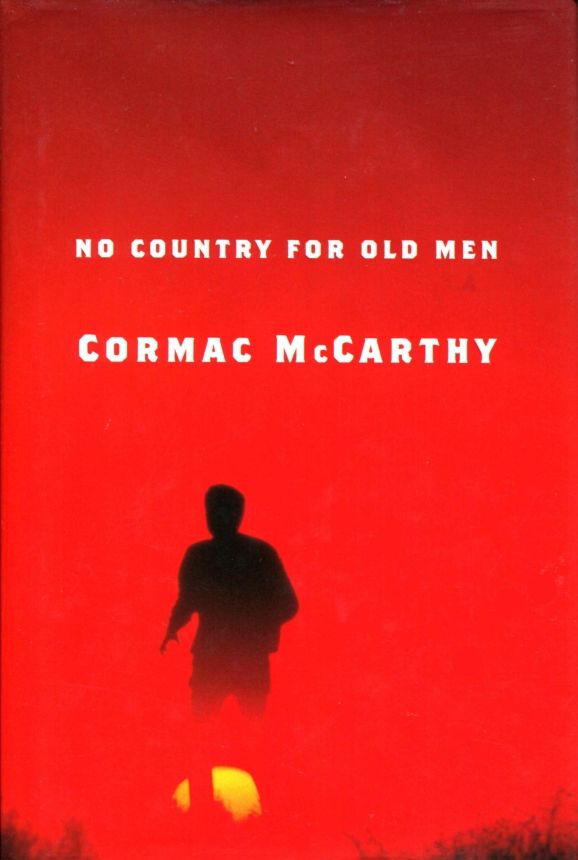 Amazing book. Watched the movie too and I loved it just as much. The story takes place in a Western setting, but not like the old Clint Eastwood flicks where good and bad are easily defined, where the hero triumphs and the villain dies, and justice is sure to prevail over corruption. No, this story is a more true-to-life rendition of how indifferent the world actually can be. I think it has a lot to do with coming to grips with life’s ruthlessness and  apparent randomness.

Throughout the story, we become acquainted with the great evils that human beings are capable of doing, and the cold truth that life isn’t as fair as we’d like it to be — Good people die, bad people get away with their crimes, and life goes on without us having much of a verdict over its decisions. No Country for Old Men is a fitting title, as it refers to the disenchantment of one of its central characters — An old sheriff who becomes overwhelmed with the violence of this world, and realizes that it’s how it has always been — That maybe the white-hat-black-hat Western tales that he used to believe in were just illusions all along. 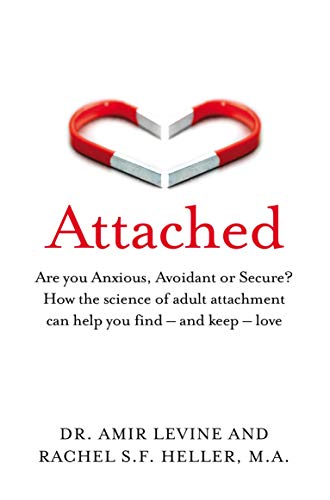 Attachment theory could just be the most revelatory insight you can have about love and relationships. You’ve probably never thought much about the first two or three years of your life, but they largely determine the people we grow up to be. As infants, our primary way to feel safe was through our relationship with our caregivers. And as adults, we’re hardwired to find the same safety in our romantic relationships. If our caregivers weren’t so good at meeting our needs, we would either develop an anxious attachment, where we’re afraid of abandonment and disconnection. Or we’d develop an avoidant attachment, where we’re afraid of closeness and intimacy. Unless we work through these attachment traumas, we would unconsciously keep playing them out in our romantic relationships.

Conversely, if our caregivers were actively present in our lives, we’d develop a secure attachment, where we’re comfortable with intimacy and are better at tolerating conflicts and communicating about our needs. Secure people also tend to be healthier, do better overall in life and are less afraid of going through its ups and downs, because they’re comfortable in depending on other people for love and support. Being secure can be learned, and for that, this is probably the best relationship book I’ve read. It has great insights on the different attachment styles, managing your self to become more secure, and communication, and I think it would be a great investment for just about anyone. 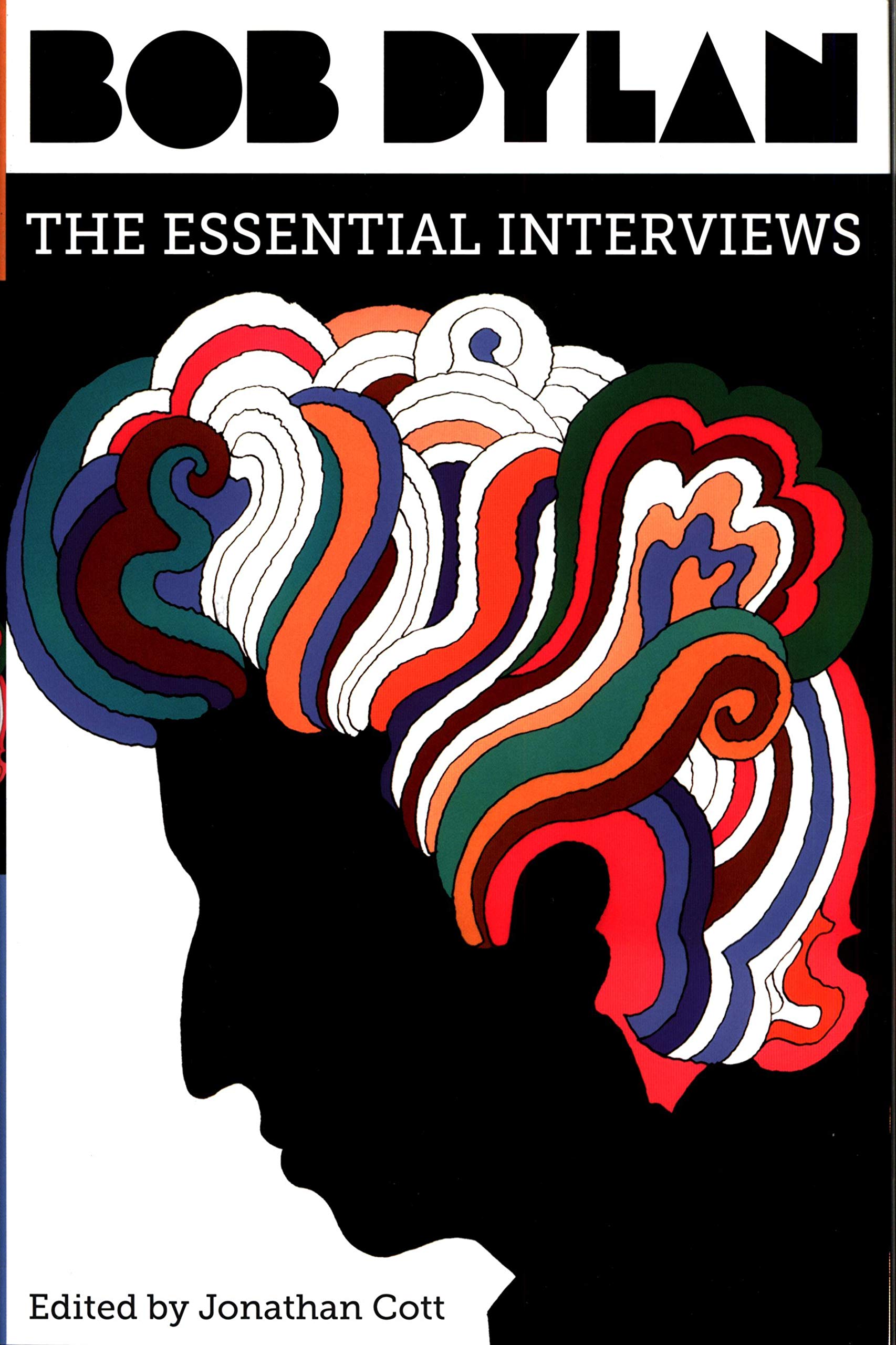 When I’m reading some of Dylan’s old interviews, I can’t decide whether to take him seriously or not. He had a knack of trolling journalists, making up stories about his persona, or talking great lengths without actually saying anything. Flipping through the decades in these pages, I could see that he gradually became more down-to-earth. Maybe he was humbled by the peaks and valleys in his career, or his position as an older man where he couldn’t write as great as he did in his younger days — I don’t know. But one thing for sure was that he became a lot more generous in sharing his wisdom on songwriting, and that’s a trove of gold in itself.

One particular thing he said that has since stuck with me and always sends chills down my spine is that, “The world don’t need any more songs…As a matter of fact, if nobody wrote any songs from this day on, the world ain’t gonna suffer for it…Unless someone’s gonna come along with a pure heart and has something to say. That’s a different story.” No matter what our line of creative work is, if we don’t have something so important to say that we can’t not share it, then maybe it’s time to do something else.

Man, this podcast is the coolest thing I’ve discovered recently. It’s what you get when you put three great minds together — Legendary producer Rick Rubin, writer Malcolm Gladwell, and former editor Bruce Headlam — To discuss about music and the craft. The podcast is brilliantly sub-titled “Liner Notes for the Digital Age”, as they interview great musicians and have tremendously insightful conversations about great works. If you love learning and having deep discussions about music, then this podcast is for you. As for me, I felt as if this podcast was a godsend, like it was specially made for me. 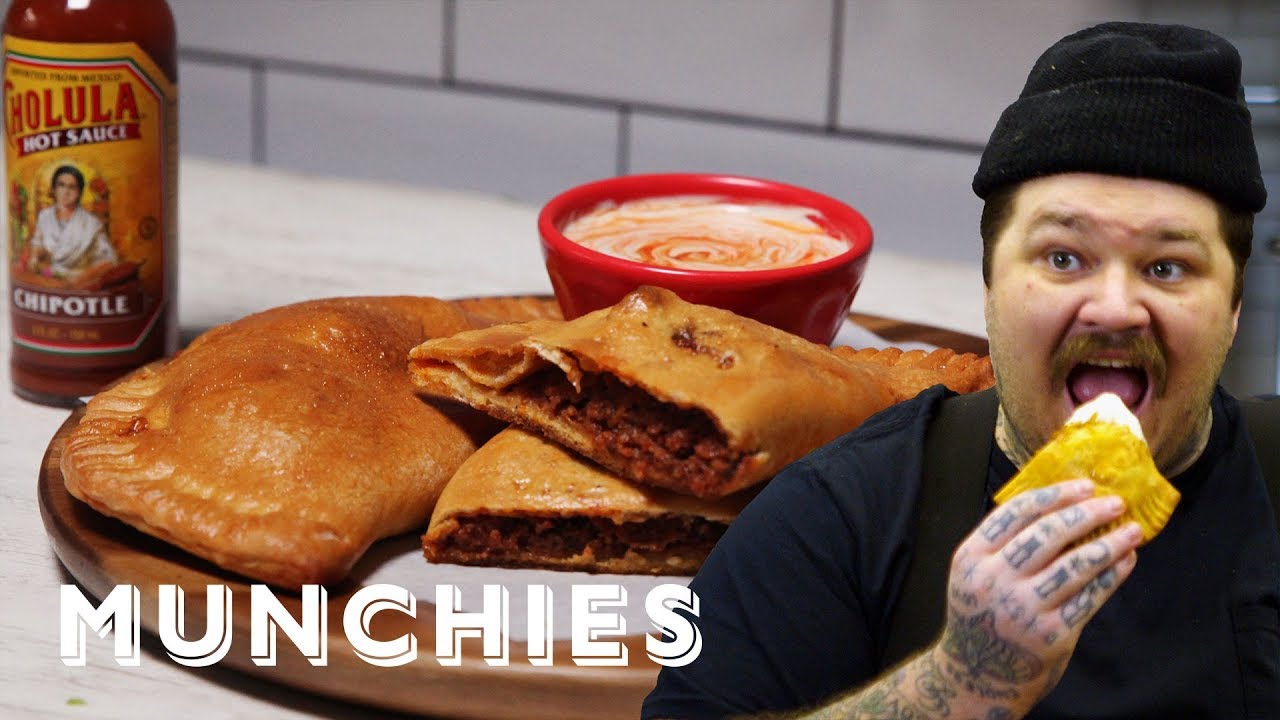 Matty Matheson’s cooking videos have been my thing for quite a while now. He’s extremely funny, and it’s always fun to watch his recipes. If you find me grinning at my phone, you could probably tell what I’m watching. Cooking’s usually a calm activity for me, but now I can’t help but hear Matheson screaming “Yow!” and “Yeah!” when I’m doing the most mundane things in the kitchen. And while I often watch cooking videos for fun, I do try out some recipes if I have the time. Not long ago I made Matheson’s buttermilk pancakes, and he was right for calling them “the best pancakes you’ll ever have” — Because they really were.