The Heart of Kendo by Darrell Craig Since the start of last month, I’ve begun taking up kendo classes. So finding this book in the library was a godsend, especially in helping me understand the philosophy behind Kendo. It was popularized during the Meiji Restoration, when the samurai were disbanded and it became illegal to wear or use real swords. While Kendo techniques and equipment evolved from the samurai kenjutsu, its philosophy is very much the same. The beauty of Kendo is in that the real opponent is yourself. It teaches you to empty your mind, to not give in to your emotions, and to have a calm flexibility in handling whatever comes your way.

Miles: The Autobiography by Miles Davis 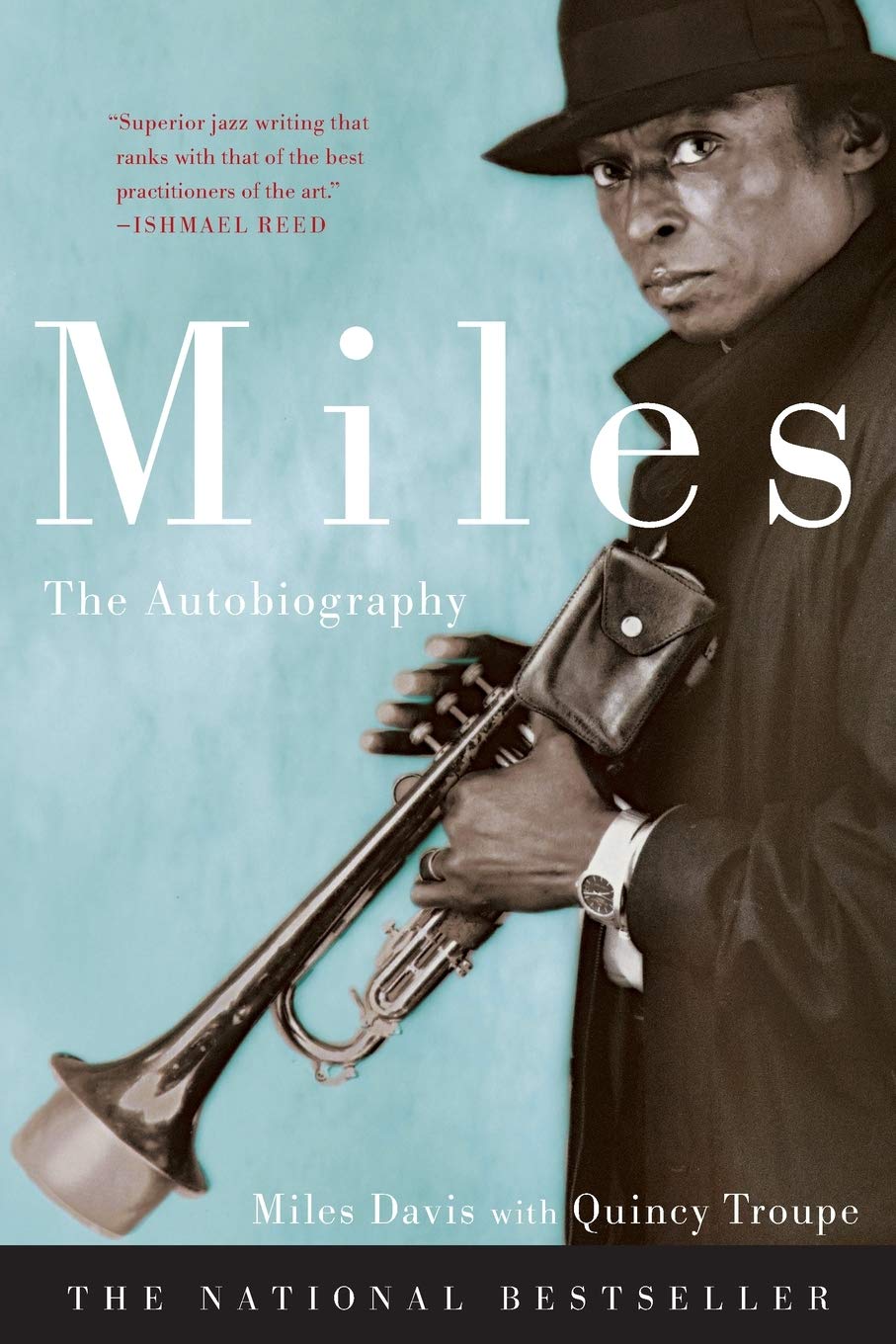 I gotta admit, even though music is a huge part of my life, I’m still too much of a philistine to truly appreciate jazz. Nevertheless, I never get tired of learning about great people who are masters in their craft. Miles Davis is arguably the biggest name in jazz because he is said to have changed the course of the genre not once, but multiple times. In his autobiography, he reflects on his ultimate purpose in playing jazz, which is to simply be lost in the music. The popularity he enjoyed wasn’t without its downsides though, as he also talks about the drugs and sex that nearly ravaged his life and work.

An Autobiography by M.K. Gandhi Chances are, you already know Mahatma Gandhi as one of the greatest leaders in history. The name Gandhi itself has become synonymous with non-violence. But believe me, you need to read his work or read about him to be able to really appreciate how gentle a soul he was. In this book, he shares about his seminal life events, as well as his beliefs, such as his devout vegetarianism. Yet, in his modesty, he only calls them his “experiments with truth”. Even with everything that he passionately writes about in this book, he does so with a self-reminder that experiments could be proven wrong, or that his beliefs could change over time.

The Unfettered Mind by Takuan Soho Takuan Soho was a Zen master who was highly revered by the samurai. It’s understandable why the samurai were obsessed with mindfulness. Death was at every corner, and they couldn’t afford to get caught off guard. It was essential for them to learn how to let go of their thoughts, or to at least not fully identify with them. The samurai may be a thing of the past, but Takuan’s writings here endure. No matter who you are or what you do, there’s plenty of value that mindfulness can bring for you. It’s always fun to pore into an artist’s scribbles and doodles. We tend to view famous people in an unbalanced or unrealistic manner, as though their works were divine inspiration. A good way to de-romanticize that is to look at their works in progress. For Mark Twain, many of the ideas he had for his stories started as random entries in his notebook, which he didn’t think would go anywhere. He had his insecurities like all of us do, but he had the discipline to see his work through. That’s really all there is to it.

On the Shortness of Life by Seneca I was listening to Pink Floyd’s Time all day every day, which reminded of me of this book that I had read more than five years ago. Giving it a reread kind of scared me in a way. I couldn’t help but think, it has been at least five years, but how different am I treating my time than how I was then? It is a scary thought after all — to put off everything that matters to us day after day as though tomorrow is always going to come — and when we finally realize our days are numbered, we could only wish that we still had the time to make things right.

Tools of Titans by Tim Ferriss I contend that if you were to only read a handful of self-help books for the rest of your life, this must definitely be in your list. Tim Ferriss has a gift for asking questions that nobody asks, and in turn, providing value in ways that nobody has done before. This book is the collection of very practical insights that he had gathered from his podcast guests, many of whom are considered the best in the world at what they do. Another thing I appreciate about Ferriss is that he thinks of himself as an experimenter — so he doesn’t share his guests’ advice here without first having tried them himself. It’s a big book, but it was absolutely worth rereading for me.