I was as excited as a kid on his birthday morning when this song finally came out. It’s my favorite song to play on the guitar nowadays, and I always have it on repeat when I’m working and when I’m doing my workouts.

But I guess, as with so many other Chili Peppers songs, I’m fine with not knowing what it’s supposed to mean. In a weird way, however, the song does make feel less alone in going through life a day at a time. Hearing the chorus “waiting on another black summer to end” makes me feel like I’m being comforted by a long-time friend.

The Foundations of Decay by My Chemical Romance 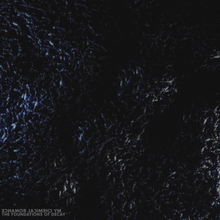 After my uncle passed away last month, I decided to take a break from just about everything I had on my plate that week. I went on a random cross-country trip with two close friends, taking a train all the way south to Johor, then all the way north to Kelantan. Just the night before our trip, My Chemical Romance released The Foundations of Decay, their first single in 8 years. I had it playing on repeat during the entire trip.

My take on the song is that it’s about coming to terms with change. The character in the song prefers to delude himself by living in the past, as he reminisces about his past victories and the good old days. As his pleasant daydreams decay into the present reality, and as he inches closer and closer to death every day, he is pressured into taking charge of the here and now.

My credit will always go to Pink Floyd for teaching me how to really listen to music. The Dark Side of the Moon, especially, is an album that I wish I could experience for the first time again because it’s so well-composed, down to the smallest details: the lyrics, the sound effects, the song structures — and how all of that gel together to form a cohesive whole. I had many epiphanies in listening and relistening to the album, but the song Time is one that I tend to play regularly now as a reminder — that life is right now, and that all of us are dying.

The song begins with a slow two-minute instrumental part. After that, its tempo abruptly speeds up, and towards the end of the song, it gets slower again and fades away. All of this reflects how we tend to treat our lives. We’d waste our youth, thinking we have all the time in the world, that we’re saving our best lives for later. When we grow old, we find ourselves in a panicked blitz, as we frantically try to accomplish all the things we had said “later” to. But what’s most unfortunate is when we realize that those things couldn’t amount to much now, because the time we had for planning and working on those things were carelessly squandered.

“The time is gone, the song is over,” the narrator in the song laments.  “Thought I’d something more to say.”

One of the many things that my therapist, Sophia taught me was to recognize the primitive part of our brain that keeps us safe by being hypersensitive to danger. The thing is, when there isn’t any actual danger around us, it still leads us towards having thoughts about everything that’s wrong with our lives, everything we could’ve done differently, everything we’re powerless to change — and this causes us to spiral into depressive episodes.

Sophia would tell her clients to name this part of their brain, so that we may immediately remember where our dark thoughts are coming from, and so be able to distance ourselves from them. “Some of my clients have called it ‘The Asshole Mind’, some have called it ‘The Bitch Mind’,” she told me. “I’ll call it ‘The Black Dog’,” I said to her. “Because I’ve always referred to my depression by that name.”

Otherside might just be the most poignant piece that The Chili Peppers have ever written. It’s about their struggles with self-loathing and addiction, and the song’s surrealist imagery and morose instrumentals really capture that. For me, the song is about The Black Dog. “I yell and tell it that it’s not my friend,” as the song goes. “I tear it down, I tear it down, and then it’s born again.”

Through Glass by Stone Sour 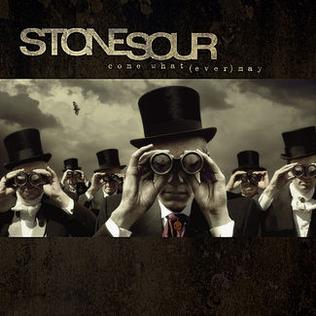 I’ve written about Corey Taylor in my previous article, Embrace Your Dark Side. I admire how he incorporates duality, or a yin and yang concept into his career. He’s the lead singer of two bands, Slipknot and Stone Sour. We can say that the former is more heavy-metal, and is Taylor’s outlet for venting out his anger, his grief, and repressed ill feelings about people and the world. The latter is more of a rock band, and is his space for writing gentler songs.

Through Glass is probably my favorite song in Taylor’s discography. The song was actually intended to be a very angry piece about the music industry. Stuck in a hotel room during his tour with Slipknot, and watching TV,  he felt that music was starting to be more and more about fashion and good looks, rather than having something important to say.

But the song is so brilliantly dressed in a gentle undertones, that it’s open to many different interpretations. For me, I listen to the song as a longing tune about people who aren’t in your life anymore. For me, “Looking at you through the glass” might not make me think about Taylor watching those musical acts on his TV screen. It might mean looking at your phone, at old memories with your loved ones who have passed.

I Won’t Back Down by Tom Petty 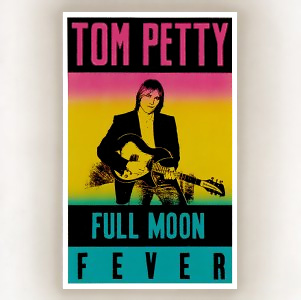 Some things never change, and this might always be my all-time favorite song. No other song could pull me off the brink and accompany me through tough times as well as this song could. Maybe a huge deal of that has to do with how genuine this simple song is.

Tom Petty wrote I Won’t Back Down after his house was burned down while he and his family were inside. The police could only rule out that it was an act of arson, but they couldn’t find a single suspect. Petty was understandably shaken beyond imagination, and for some time, he couldn’t write lyrics with words like “fire” in them.

I believe when we try our best to heal, we help others heal as well, in one way or another. I Won’t Back Down was Petty’s resolve to not let life’s difficulties get the better of him, and so it has been for so many of his listeners too.

“You can stand me up at the gates of hell, and I won’t back down.” — This is my anthem.