This was one of the most unique music biographies I’ve read. Ziggyology is not so much about David Bowie, but the history behind everything that went into creating his best-known stage persona, Ziggy Stardust. This book gives an insightful peek behind the curtains about the people, the cultures, and personal experiences that inspired the iconic story of a red-headed alien who is sent to save Earth with his music, who eventually comes undone by his own overindulgence in fame and ego. As someone who absolutely loves learning about the creative process, this was a read that I definitely cherished.

The Color Purple by Alice Walker At least for me, The Color Purple isn’t a beach read — I’m usually not good at following stream-of-consciousness writing, so I likely wouldn’t have been able to get through this read without a decent guide. The story offers a glimpse into the struggles of African American women, particularly in terms of misogyny and sexual abuse. In a series of letters, we act as a backseat passenger along the characters’ long harrowing road out of hell, as they spend their lives searching for a ray of hope and meaning in spite of their suffering.

Interview with the Vampire by Anne Rice 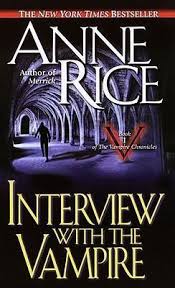 I first read Interview with the Vampire (and saw the movie starring Brad Pitt and Tom Cruise) 9 years ago. Throughout the years, several mental images from the book as well as the movie have stayed inked in me — though I still find the story weirdly erotic at times. I owe this story credit for instilling in me a fascination for vampire folklore. And in my second read, it has taught me the value of being human, in that all of us live on borrowed time. We may shrink ourselves from the thought of death, but life really wouldn’t have much meaning if we could live forever, just as the characters in the story are immortal. I can’t say I’ve read a lot of Neil Gaiman’s work, but I’ve thoroughly enjoyed everything I’ve gotten my hands on so far. The Sandman comics have at times been the stuff of nightmares for me, and other times, sources of playful and curious thought. Dream Country, or Volume 3 of The Sandman consists of 4 short stories about the nature, as well as the cost of our dreams. A line from one of the stories has particularly stuck with me: “He did not understand the price. Mortals never do. They only see the prize, their heart’s desire, their dream. But the price of getting what you want, is getting what you once wanted.”

The Saga of the Swamp Thing Vol 1,2,3 by Alan Moore Before Watchmen, Alan Moore had his big break with The Saga of the Swamp Thing. So this was his first major display of his prowess as a writer to reinvent, and to guide us to think a little deeper. Moore rebooted the premise of Swamp Thing in existing comics from being about a scientist who was transformed into a monster — to one about a monster who merely assumes the consciousness of a scientist who died in a swamp where it now lives. Essentially, Moore’s saga is about the Swamp Thing going through an existential crisis, at it slowly learns what it means to be alive — to be human.