“People would be surprised if they knew how much in this world was due to prayers.”

I hope we’re moving towards an exciting year-end. For one thing, my e-book will be made available in the next month! It’s called “Storytelling : The Art of Moving Hearts and Shaping Times”. A culmination of my three years of learning and writing about art and literature, it comprises of what I think are the very core lessons in making good art. To paraphrase John Steinbeck’s words, art grew out of a human need, and it doesn’t change except to become more needed as time passes. There is an undying call for us to make hopeful, uplifting, and lasting art — And that’s especially true in the worrisome times that we’re living in now.

If you’re new to my blog, it would be a great introduction to my work. If you’ve been with me for a long time, you’ll find a lot of valuable things in it too. Once again, I humbly ask for your prayers so that everything will be eased. Till any further announcements, here’s this week’s article.

“After silence, that which comes nearest to expressing the inexpressible is music.”

In an interview with journalist Paul Zollo, Tom Petty ruminated on the curious nature of doing creative work. He recounted the many moments when he was bone-tired at the end of a long day, and inspiration would suddenly strike. An idea for a song would come along, and he would think to himself, “Well, here comes another four hours”. As exhausted as he was, he would put in the work anyway, because he knew he would feel much better than if he did not. He also didn’t want to let go of that creative opportunity, because as he jokingly put it, “It would be rude to ignore the Muse”.

It’s 2 a.m. on a Friday as I’m writing this article. The Muse showed up just as I was about to lay my head on the pillow. And here I am, after suddenly having thoughts about the music I love. I’m tired from just having finished some work for the e-book, and I’m at my sixth cup of coffee for the day — So bear with me on this caffeine-fueled blitz.

I started thinking about the things that make the listening experience so special for me. You never truly realize the meanings that you attach to certain things until you stop and think and write about them. And these were some of those things.

I didn’t use to like listening to demos, because I thought they were “boring” as compared to the studio versions that I’m far more familiar with. But once I started to listen closely, there’s something inspirational about the rawness in the demos, in the songs’ unfinished quality. It reminds you that your favorite works of art that you can’t ever picture yourself rivaling with, were once just ideas or works-in-progress. It reminds you that the artists that you look up to are ultimately human, and they had to toil to get their work right, just as much as you do.

I enjoy listening to Bob Dylan’s Witmark demos, which are early renditions of some of his most well-known songs. It’s kind of warming to hear a less chilling version of “Ballad of Hollis Brown” — Because you could notice how he would later fine-tune the lyrics and musical arrangements to make it sound a lot more menacing. The same goes to “Masters of War”, a song which in its demos lack the anger and steady hatred that it would later be best-known for.

And on another note, I’m always fascinated by first albums. Listening to Elvis Presley’s first album, for example, it makes you ponder on the time and space of his life in which those sounds resonated. It compels you to imagine, that this is the sound of an artist who had just discovered his gift. You could hear the excitement as he was still exploring the depths and possibilities of what he could do with that gift. And perhaps this is the sound of artist who was still unbroken and unburned by the realities of fame and the music industry. You listen to that sound all night long, thinking about all of these things, thinking about how it would tragically change down the road.

“Someone told me long ago, there’s a calm before the storm. I know, it’s been comin’ for some time,” sings John Fogerty in this classic. I have fond and vivid memories of hearing this song on the classic radio, during drives with my parents. As a child, I didn’t think a lot of it. I took the lyrics quite literally, thinking it was plainly about the weather. “I want to know, have you ever seen the rain, comin’ down on a sunny day?”

But as I grew up, I learned that it wasn’t about the weather at all. It was about the band — a family, really — falling apart. Fogerty was singing about how fame and success had strained their relationship, estranging them from one another. As the story went, there was a mutiny in the band, where the other members all wanted songwriting and singing power, declaring that they were sick of Fogerty’s “tyranny”. They wanted to be the geniuses in the world’s biggest band of their time.

Here they were, enjoying massive success, yet still discontented and wanting more. That’s what the line “Have you ever seen the rain, comin’ down on a sunny day?” meant. As Fogerty lamented, “Here we have a beautiful, wonderful sunny day that we’ve all been striving for, and now there’s this big black cloud raining down on it…It was like, ‘God, we’re the No 1 band in the world – isn’t this good enough?’ “

While Fogerty’s band members got their wish, Fogerty knew it was over by then. Creedence Clearwater Revival would split not long after that.  There’s an undeniable sadness in Fogerty’s singing in “Have You Ever Seen the Rain?”. It was the voice of him grieving over a portrait of what used to be a happy family, unwrecked by fame, unchanged by ego and greed. As an older person, Fogerty would reflect on the demise, “Even now, I look back at how much stuff was done…And the other guys at some points were my willing students, and at others my rebellious bandmates. That’s the journey we lived through. And while they were willing students, it was fun.”

An Anthem for Finding Strength 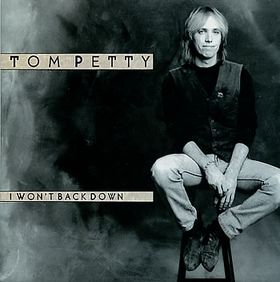 Anyone who knows me would know that I’m a huge Tom Petty fan, and that “I Won’t Back Down” is my all-time favorite song. The song has helped me through many, many trying times, and it gets me out of bed every morning. Petty’s widow, Dana, would recall the amazement she felt as she saw tens of thousands of fans sing along to the song during his shows — They would sing so loud that the band would be drowned out. “It’s a song that touches everyone in their own way,” she said. “You could see that they were all singing about their lives every night. And it’s a pretty amazing thing to witness.” — And that’s the beautiful thing about a simple song like this. It has become my own song, about my life, just as it has for so many other people.

The power of this song truly dawned on me sometime early last year. I was immensely depressed, and I was struggling to keep myself together for my final exams. My family and I were in the process of moving out of our home. At the time, we were already paying penalties for overstaying, and we still hadn’t found a new house to move into. Looking back, I could see that I was trying to juggle my worries for my exams and my fears about not having a home to live in, among other things.

A friend saw me going through that — Being immobilized, oversleeping and zoning out — And he helped cheer me up by playing Tom Petty songs, because he knew I loved them. Something remarkable happened when “I Won’t Back Down” started playing. I’d always feel better and stronger, almost immediately. I’d somehow find the strength to keep going on, to keep pushing forward.

There were times in the exam hall when I would go blank, and be so tempted to put the pen down, and just break down and give in. But then I’d hear the song playing in my head, speaking through me : “You can stand me up at the gates of hell, and I won’t back down”, “Hey baby, there ain’t no easy way out”. I’d say to myself, “Okay“, and push forward, one small step at a time.

“There ain’t no easy way out” — You might think that it’s a debilitating thing to hear when you’re down and out, but it’s quite the contrary. Every time I hear Petty singing this line out loud with the drums pounding after him, it calls on me to get back up. It helps me to acknowledge the difficulties that I find myself in, and to triumph over them, no matter how scary or bad things may seem. And this single line has meant many things to me, as I’ve held on to the song to help myself through many difficult situations. Maybe I also find comfort in knowing that these words have come from a man who had gone through worse tragedies in his own life. I think, in a way, it tells me that “everything’s going to be okay, and you can get through this”.

Still, I think Petty’s daughters captured the song’s métier best. Adria Petty said that “It’s like a mantra. It keeps building you up, stronger, stronger, stronger. Every word of the song is culminating in more tenacity.” And as her sister Annakim appended, “Anyone that’s ever (sung the song) came out of a really dark place into a brighter one. It gave them strength. That’s why it’s an anthem. It’s an anthem for finding strength.”