Lord Shimura: “You have no honor.”

Anyone who knows me would know that I’m a huge sucker for history and culture. So it’s not a surprise that many of my most beloved games have some historical or cultural basis.

For instance, Red Dead Redemption II is about the downfall of the Wild West. God of War is based on Greek and Norse mythologies. The Witcher borrows heavily from Western folklore. I also loved the Assassin’s Creed games — before they lost their soul, that is.

On my blog, I have written quite a number of articles about the impact that video games have had on my life. I truly believe that while good games entertain you, great games teach you about life and make you a better person.

Ghost of Tsushima is now one of those games that I have to write about.

I had been meaning to play it since its release last year, but I guess I was waiting for the price to go down. I finally got it as a graduation and birthday present for myself, and it might just be the best gaming experience I’ve had this year.

The game is set in feudal Tsushima Island, Japan during the Mongol Invasion. The game’s developers have deliberately mentioned that Ghost of Tsushima isn’t meant to be historically accurate — for one thing, certain aspects of the samurai code of honor that are central in the game’s story are fictional. Not to mention that samurai in the 13th century didn’t yet use gunpowder weaponry such as bombs as featured in the game.

Yet, it does deliver a uniquely heart-wrenching and cinematic gameplay and story, as it was intended as a hearty homage to Akira Kurosawa’s legendary samurai films.

The story centers around a young samurai named Jin Sakai, who survives a devastating defense against the Mongols, in which the samurai were grossly outnumbered.

We become quickly acquainted with who Jin is as a person, especially in terms of his relationship with his uncle, Lord Shimura, who is the jito or acting leader of Tsushima, and also a dear father figure to Jin.

After Jin’s parents died, it was Lord Shimura who raised him as his own son and as a samurai. Early in his training, he taught Jin the samurai code of honor — that a samurai does not resort to brutal or surprise combat techniques.

Rather, a samurai must battle their enemies face-to-face to ensure a fair fight. It is also their duty to respect their enemies by granting them a death that is as quick and painless as possible. A samurai does not torture, and does not act out of vengeance or anger.

As Lord Shimura told a young Jin, “When we fight, we face our enemy head-on. When we take their life, we look them in the eye with courage and respect. This is what makes us samurai…Only cowards strike from the shadows.”

During my playthrough of Ghost of Tsushima, I was led to reflect on my own tightly-held beliefs about myself, about other people, about how to handle adversity, about politics, ad infinitum.

I was reminded that a perfect philosophy likely doesn’t exist. Instead of selfishly guarding your beliefs, a better way might be to always keep your mind open, to hold different ideas in your head — always considering the possibility that you could be wrong, or that other people’s ideas might work better in certain situations.

That’s the thing about life. You just never know how you’re going to change.

As the story goes, the samurai failed to defend Tsushima not only because they were outnumbered, but because the Mongols didn’t give a damn about their code of honor, as they barbarically slaughtered the samurai and innocent folk, and plundered their island’s every blade of grass.

With that, Jin is forced to reflect on his purpose, which is to simply save lives. He realizes that guarding the samurai code isn’t worth sacrificing more precious lives to the Mongols.

Jin makes the overwhelming decision of going against his uncle’s teachings and abandoning their samurai code. He chooses to fight in any way he deems necessary to defeat the Mongols — ultimately straining his ties with his uncle and the samurai, evoking the fear of both the Mongols and the Japanese, and cementing an infamous reputation as “The Ghost”. 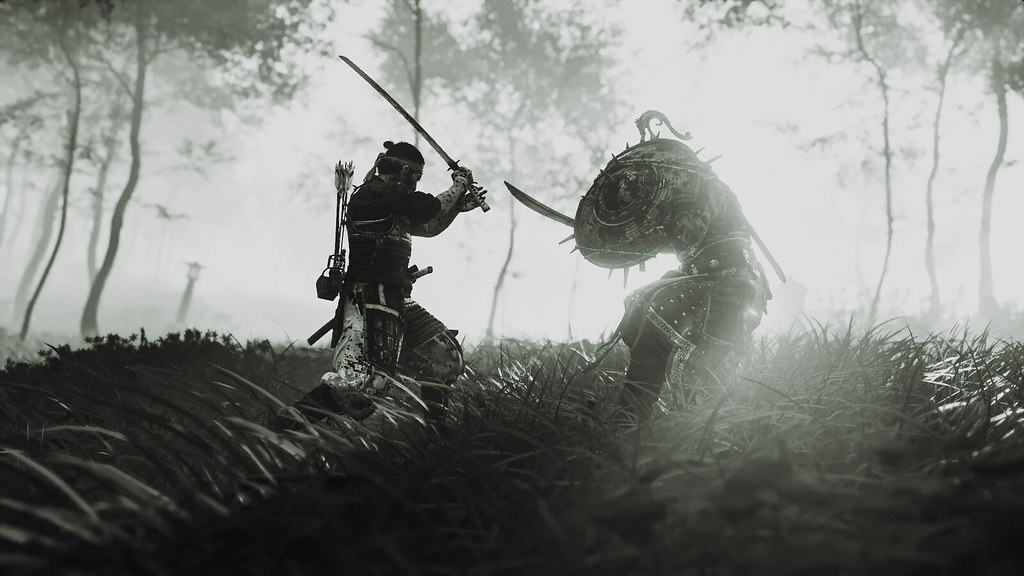 Another huge thing that the game has done for me is that it has trained me to empty my mind. I thought I was used to meditating, but Ghost of Tsushima has truly put that to the test — because really, the combat in the game can be extremely difficult — on top of that, play it on the hardest difficulty where one or two hits are enough to kill you.

Approaching the game with an empty mind is key, just as an actual samurai must. You would have to calmly and unhurriedly attune yourself to the rhythm of your opponent’s movements and attacks — and that requires you to let go of your panicked and fearful thoughts.

Hitting the buttons at just the right time is so crucial for you to parry or evade your opponent’s attacks. Just one wrong move, and you’d easily end up with a sword in your gut.

Just as a real-life samurai, Miyamoto Musashi wrote in his treatise The Book of Five Rings, “The fast one stumbles and fails to get there on time. Of course, being too slow and too late is also bad.” 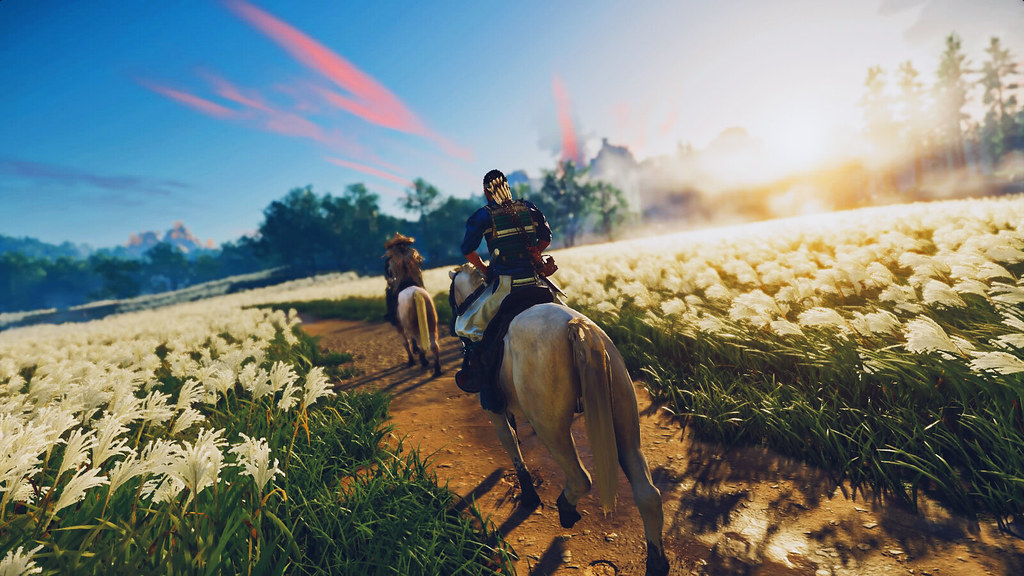 When you’re not fighting, however, the game’s vast open world has plenty to offer in helping you find stillness. As you explore Tsushima, you can bask in its dreamy scenery, as well as engage in activities such as writing haiku and unwinding in hot springs. As Jin, you have the option to choose what to reflect on during these activities, such as death, fears, and memories.

Even when I’m not playing the game, I’ve learned to carry a similar attitude towards the world around me. I would happily make the time to reflect and clear my thoughts.

Being around nature, especially, is a great way to scale down my worries, as I would often return to thoughts of death and just living purposefully in the present. It’s always that Shakespeare line that rings in my head, “Every third thought shall be my grave.”

To close off this article, I can proudly say that Ghost of Tsushima is not an experience that you would want to miss.

A good game might be there only when you have the need to kill your time or cure your boredom.

But a great game like Ghost of Tsushima is always close at heart, as you carry its lessons with you while you tread through this life that is ever-changing and impermanent.